Thanks to Eric Thomson, who writes in an an email (accompanied by copies of some pages from Niall Rudd, T.E. Page: Schoolmaster Extraordinary (London: Bristol Classical Press, 1981)):

I thought the office tedium might be relieved by a couple of amusing anecdotes concerning T. E. Page's dress habits and verbal tics (from Niall Rudd's essay). I think you are absolutely right in identifying Page as one of the 'persons of British taste ... etc.'. There is perhaps a sly allusion to Page in 'sub-Tennysonian', as both Page and Tennyson were from Lincolnshire, and both preserved their accents (cf the rhotacism and short [a] in 'half' in the 1890 recording of Charge of the Light Brigade). Housman also had another reason for wanting to have a digg at Page. None of his four articles on Horace (Diggle and Goodyear 1, 11, 17 and 18), all written before 1890, was taken account of in the additions and corrections (1890, 1892, and 1893) to his 1883 edition.

Here are the anecdotes from Rudd, pp. 10-12, which mention Page's dress, verbal tics, and Lincolnshire accent:

In 1887, when Page was 37, one of the boys wrote a poem entitled 'An Epic of Hades' which contained the following stanza:

Tis the good and gentle Page.
In the breeze his locks are streaming;
In his eyes poetic rage
(Something earthly too) is gleaming.

Facing it is a caricature by the youthful Max Beerbohm, showing a tall retreating figure wearing a high-crowned hat, from which the hair fans out in a pear-shaped curve, a tail coat, and a pair of voluminous light-coloured trousers. The feet are slightly turned out, and the cane is carried at an insouciant angle. A balloon from his mouth contains the word 'Please' — a long-standing verbal mannerism, here reduced to absurdity by an inscription which reads 'Thank you, please!' A second hand has added 'D'yer see?'

As fashions changed, the high hat gave way to a bowler. But for the rest Page's dress remained the same for sixty years — white shirt and navy-blue poplin tie, black tail coat, and black boots. The most remarkable item was his trousers. Some irreverent pupils spread the story that the material came from a remnant sale after the Crimean war, but in fact they were made of an off-white tweed woven on St. Kilda far out in the Atlantic. After visiting the island in his Cambridge days, Page wore the material exclusively for the rest of his life. In 1930 there was a crisis. The population of St. Kilda was evacuated, and for a while it looked as if Page would have to settle for something more conventional, or else (as some of his cronies hoped) appear bare-legged in the streets of London. But with great tenacity he traced the weaver and his family through the Scottish Office to their new home in the Shetlands, and so continuity and decorum were preserved. To prevent such a danger recurring, however, Page had a bolt of the stuff sent to his tailor in Godalming, and so ensured a regular supply. One wonders, in fact, whether he possessed anything else. Even at a Buckingham Palace garden party in 1932, where everyone else was dressed with the utmost smartness, Page turned up in a freshly laundered pair of St. Kilda trousers — laundered, because he would never trust the new-fangled cleaning establishments.

Testimony is also unanimous about Page's voice. It was deep and musical, splendidly suitable for reading the Old Testament in chapel, or for reciting Inchcape Rock or The Raven or The Revenge at entertainments in hall. This is the more interesting in that his accent was not wholly in conformity with standard southern English. He retained the short 'a' from his Lincolnshire youth and normally used 'ye' instead of 'you'. Some of the examples preserved by oral tradition — e.g. 'blăsted jackass' — are more than phonetically instructive. When batting at the nets he would wear his cap back to front in the Old Charterhouse manner and shout to the bowler 'Will ye pitch 'em up, please — I căn't get at 'em!'

The enclitic use of 'please' figures in many of the stories about him, but it is perhaps best illustrated in the report of a visit which he paid to Provost Phelps of Oriel (himself a Carthusian), who had a slightly different mannerism. Questioned about the encounter, Phelps said 'Page's visit passed very agreeably, I mean, but why does he have that silly habit, I mean, of saying "please" all the time?' Back in Godalming Page remarked 'Phelps is a capital fellow, please, but why must he keep on saying "I mean" after every other word?'

Note that Tennyson wrote The Revenge: A Ballad of the Fleet, one of the poems recited by Page "at entertainments in hall." 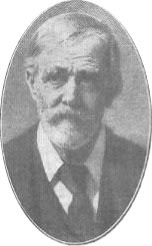