For in some beastly way this fine laziness has got itself a bad name. It is easy to see how it might have come into disrepute, if the result of laziness were hunger. But it rarely is. Hunger makes laziness impossible. It has even become sinful to be lazy. We wonder why. One could argue, particularly if one had a gift for laziness, that it is a relaxation pregnant of activity, a sense of rest from which directed effort may arise, whereas most busy-ness is merely a kind of nervous tic.

How can such a process have become a shame and a sin? Only in laziness can one achieve a state of contemplation which is a balancing of values, a weighing of oneself against the world and the world against itself. A busy man cannot find the time for such balancing. We do not think a lazy man can commit murders, nor great thefts, nor lead a mob. He would be more likely to think about it and laugh. And a nation of lazy contemplative men would be incapable of fighting a war unless their very laziness were attacked. Wars are the activities of busy-ness. 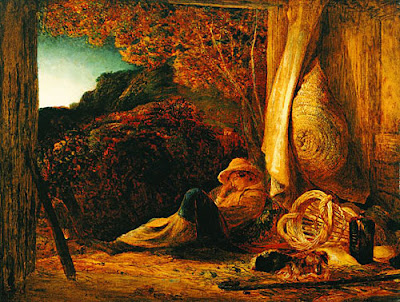