In that alcove of my library which immediately flanks the east window is bestowed a motley array of farm-books: there are fat ones in yellow vellum; there are ponderous folios with stately dedications to some great man we never heard of; there are thin tractates in ambitious type, which promised, fifty years and more ago, to overset all the established methods of farming; there is Jethro Tull, in his irate way thrashing all down his columns the effete Virgilian husbandry; there is the sententious talk of Cato, the latinity of Columella, and some little musty duodecimo, hunted down upon the quays of Paris, with such title as "Comes Rusticus"; there is the first thin quarto of Judge Buel's "Cultivator"—since expanded into the well-ordered stateliness of the "Country Gentleman"; there are blackletter volumes of Barnaby Googe, and books compiled by the distinguished "Captaine Garvase Markhame"; and there is a Xenophon flanked by a Hesiod, and the heavy Greek squadron of the "Geoponics."

I delight immensely in taking an occasional wet-day talk with these old worthies. 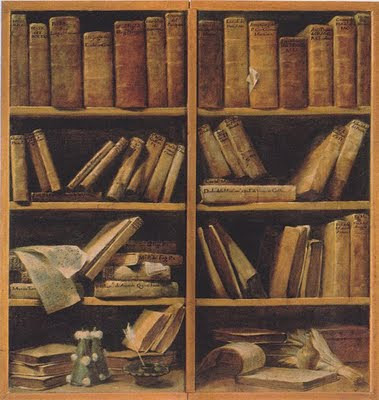