Your post 'George Washington and the Cherry Tree' brought another statesman to mind. Nothing fabricated about Gladstone's exploits with the axe.


Felling trees was a form of relaxation that Gladstone practiced with zealous passion. In 1858 he began taking lessons in axemanship. By the time he became chancellor again in 1859, chopping down trees had already become his favourite leisure pursuit. During the long parliamentary recesses at Hawarden, he would venture into the woods on most afternoons with his son, Willy, to work up a sweat in attacking more trees. It was an interest he would pursue well into his eighties, when (as he noted with characteristic precision in his diary) mere 'axe-work' replaced 'tree-felling'. Gladstone perhaps had more enthusiasm than real skill. One Christmas, he almost blinded himself when a large splinter lodged in his eye. A few days later he almost killed another son, Harry, when 'a tree we were cutting fell with [him] in it'. Gladstone's suspect ability did not matter to his many admirers who saw in his woodland activities a rousing example of manly vitality and protean strength. Others were less impressed. 'The forest laments,' remarked Lord Randolph Churchill mordantly, 'in order that Mr. Gladstone may perspire.'

Lesser men might have been content to be photographed holding a walking stick or an umbrella. Not so Gladstone: 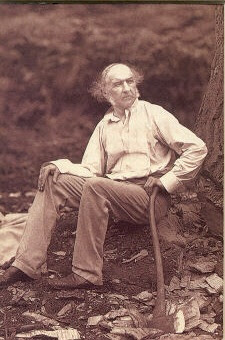 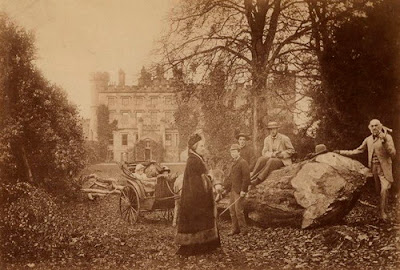 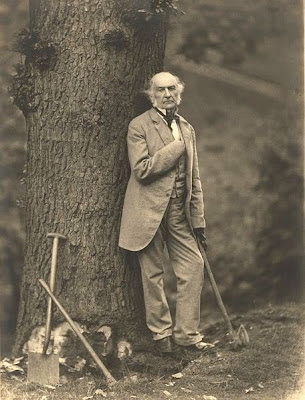