Looking Up Words in the Dictionary


Every one will admit that of all the disgusting labours of life, the labour of lexicon and dictionary is the most intolerable. Nor is there a greater object of compassion than a fine boy, full of animal spirits, set down in a bright sunny day, with a heap of unknown words before him to be turned into English, before supper, by the help of a ponderous dictionary alone. The object in looking into a dictionary can only be to exchange an unknown sound for one that is known. Now it seems indisputable, that the sooner this exchange is made the better. The greater the number of such exchanges which can be made in a given time, the greater is the progress, the more abundant the copia verborum obtained by the scholar. Would it not be of advantage if the dictionary at once opened at the required page, and if a self-moving index at once pointed to the requisite word? Is any advantage gained to the world by the time employed first in finding the letter P, and then in finding the three guiding letters PRI? This appears to us to be pure loss of time, justifiable only if it be inevitable: and even after this is done, what an infinite multitude of difficulties are heaped at once upon the wretched beginner! Instead of being reserved for his greater skill and maturity in the language, he must employ himself in discovering in which of many senses which his dictionary presents the word is to be used; in considering the case of the substantive, and the syntaxical arrangement in which it is to be placed, and the relation it bears to other words. The loss of time in the merely mechanical part of the old plan is immense. We doubt very much, if an average boy, between ten and fourteen, will look out or find more than sixty words in an hour; we say nothing, at present, of the time employed in thinking of the meaning of each word when he has found it, but of the mere naked discovery of the word in the lexicon or dictionary. It must be remembered, we say an average boy—not what Master Evans, the show-boy, can do; nor what Master Macarthy, the boy who is whipt every day can do; but some boy between Macarthy and Evans: and not what this medium boy can do while his mastigophorous superior is frowning over him, but what he actually does when left in the midst of noisy boys, and with a recollection that by sending to the neighbouring shop, he can obtain any quantity of unripe gooseberries upon credit. Now, if this statement be true, and if there are 10,000 words in the Gospel of St. John, here are 160 hours employed in the mere digital process of turning over leaves! ....

We have hitherto been occupied with finding the word: we will now suppose, after running a dirty finger down many columns, and after many sighs and groans, that the word is found. We presume the little fellow working in the true orthodox manner, without any translation: he is in pursuit of the Greek word Βαλλω, and after a long chase, seizes it, as greedily as a bailiff possesses himself of a fugacious captain. But, alas! the vanity of human wishes!—the never-sufficiently-to-be-pitied stripling has scarcely congratulated himself upon his success, when he finds Βαλλω to contain the following meanings in Hederick's Lexicon:—1. Jacio; 2. Jaculor; 3. Ferio; 4. Figo; 5. Saucio; 6. Attingo; 7. Projicio; 8. Emitto; 9. Profundo; 10. Pono; 11. Immitto; 12. Trado; 13. Committo; 14. Condo; 15. Aedifico; 16. Verso; 17. Flecto. Suppose the little rogue, not quite at home in the Latin tongue, to be desirous of affixing English significations to these various words, he has then, at the moderate rate of six meanings to every Latin word, one hundred and two meanings to the word Βαλλω! or, if he is content with the Latin, he has then only seventeen. 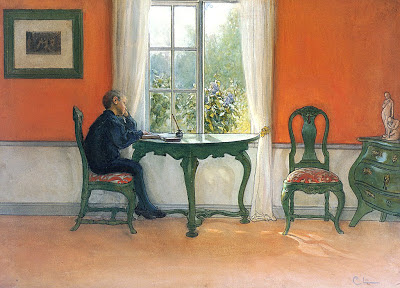