A Gray Head with a Wise Mind


Since old Age is not only a Congregation of diseases, but even a disease it self; and, That, (in regard of the Decree which Providence hath pass'd upon man) incurable save by death. The best thing next to a Remedy is a diversion or an Abatement of the Malady. When infirmities are grown habitual and remedilesse, all we can do is give them some Respite and a little Allevation, that we may be lesse sensible of the smart and sting they smite us with. The cold Corelian cannot change his clime: but yet by furrs and fires he can preserve himself, and stove out winter arm'd with Ice and Wind. The Drum and Fife can drown the Battails noise, though many times there is no room to escape it. The little Pismire can instruct great Man, that (winter comming) store should be provided. And what thing is there in the fathome of industrious man, that can so qualifie him against the breaches and decays that Age makes on him, as knowledg as study and meditation: with this he can feast at home alone, and in his Closest put himself into what ever Company that best shall please him, with Youths Vigour, Ages gravity, Beauties pleasantnesse, with Peace or Warr as he likes. It abates the tediousnesse of decrepit Age and by the divine raptures of Contemplation it beguiles the wearinesse of the Pillow and Chair. It makes him not unpleasing to the Young, reverenc'd by age, and beloved of all. A gray head with a wise mind enricht by Learning is a Treasury of Grave precepts, experience, and Wisdome. 'Tis an Oracle to which the lesser-wise resort to know their Fate; He that can read and meditate need not think the Evening long, or Life tedious; 'Tis at all times imployment fit for a man: Like Davids harp it cures the evill spirit of this Saul that is naturally testy, froward, and complaining. Though perhaps there was a Vivacity more then Ordinary; yet I doubt not but it was this that in the main from Gorgias produc'd that memorable answer. Being a hundred and seven years of Age, One ask'd him, Why he liv'd so long. He replyes because he yet found nothing in old Age to complain of. And that this is probable, he was master to Isocrates, had got such wealth by teaching Rhetorique that he bequeathed his statue in Gold, to Apollo's Temple; and to any Theme was able well to speak extempore, and certainly, if any thing hath power, 'tis Vertue and Knowledge that can ransome us from the Infirmities and Reproaches of Age. Without this, an old man is but the lame shadow of that which once he was. They honour him too far that say he is twice a Child. There is something in Children that carryes a becomming prettiness, which is pleasant and of grateful relish. But ignorant Old age is the worst picture that Time can draw of Man. Tis a barren Vine in Autumne, a leaky Vessel ready to drop in pieces at every remove, a map of mentall and Corporeal weakness; not pleasing to others, but a Burthen to himself. His Ignorance and Imbecillity condemns him to Idlenesse; which to the active Soul is more irksome then any employment. What can he do when strength of limbs shall fail; and the gust of pleasure which help'd him to mispend his youth, through time and Languid Age shall blunted be and dull? Abroad he cannot stir to partake the Variation of the World; nor will others be fond of comming to him, when they shall find nothing but a cadaverous man, composed of diseases and Complaints, that for want of knowledg hath not discourse to keep Reason company. Like the Cuccow he may be left to his own moultring in some Hollowed Cell: but since the voice of his Spring is gone (which yet was all the Note he had to take us with) he now's not listned after: So the bloudlesse Tortoise in his melancholly hole, lazeth his life away. Doubtlesse were it for nothing else, even for this is Learning to be highly valued, That it makes a man his own Companion without either the Charge or the Cumber of Company. He needs neither be oblig'd to humour, nor engag'd to flatter. He may hear his Author speak as far as he likes, and leave him when he doth not please him, nor shall he be angry though he be not of his Opinion. It is the guide of Youth, to Manhood a Companion, and to old Age a Cordial and an Antidote. If I dye to morrow, my Life to day will be somewhat the sweeter for Knowledg. The answer was good, which Antisthenes gave when he was asked, What fruit he had reaped of all his studies? By them (saith he) I have learned, both to live, and discourse with my self. 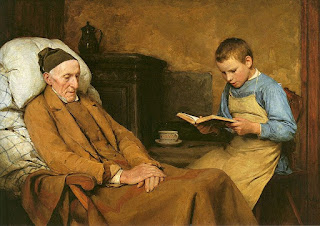