A Pretender to Learning


Is one that would make others more fooles than himself; for though he know nothing, he would not haue the world know so much. He conceits nothing in Learning but the opinion, which he seekes to purchase without it, though hee might with lesse labour cure his ignorance, then hide it. He is indeed a kind of Scholler-Mountebank, and his Art, our delusion. He is trickt out in all the accoutrements of Learning, and at the first encounter none passes better. Hee is oftner in his study, then at his Booke, and you cannot pleasure him better, then to deprehend him. Yet he heares you not till the third knock, and then comes out very angry, as interrupted. You find him in his Slippers, and a Pen in his eare, in which formality he was asleep. His Table is spred wide with some Classicke Folio, which is as constant to it as the carpet, and hath laid open in the same Page this half yeere. His Candle is alwayes a longer sitter vp then himselfe, and the boast of his Window at Midnight. He walks much alone in the Posture of Meditation, and ha's a Booke still before his face in the fields. His pocket is seldome without a Greeke Testament, or Hebrew Bible, which he opens only in the Church, and that when some stander by lookes ouer. He has his sentences for Company, some scatterings of Seneca and Tacitus, which are good vpon all occasions. If he read any thing in the morning, it comes vp all at dinner: and as long as that lasts, the discourse is his. Hee is a great Plagiarie of Tauerne-wit: and comes to Sermons onely that he may talke of Austin. His Parcels are the meere scrapings from Company, yet he complains at parting what time he has lost. He is wondrously capricious to seeme a iudgement, and listens with a sowre attention to what hee vnderstands not. Hee talkes much of Scaliger and Causabone, and the Iesuites, and prefers some vnheard-of Dutch name before them all. He has verses to bring in vpon these and these hints, and it shall goe hard but he will wind in his opportunity. Hee is criticall in a language hee cannot conster, and speaks seldome vnder Arminius in Diuinity. His businesse and retirement and caller away is his Study, and he protests no delight to it comparable. Hee is a great Nomen-clator of Authors, which hee has read in generall in the Catalogue, and in particular in the Title, and goes seldome so farre as the Dedication. Hee neuer talkes of any thing but learning, and learnes all from talking. Three incounters with the same men pumpe him, and then hee onely puts in, or grauely sayes nothing. He ha's taken paines to be an Asse, though not to be a Scholler, and is at length discouered and laught at. 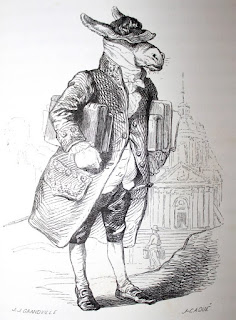