Tobacco and the Bible


Tobacco had nowhere been forbidden in the Bible, but then it had not yet been discovered, and had probably only escaped proscription for this reason. We can conceive of St. Paul or even our Lord Himself as drinking a cup of tea, but we cannot imagine either of them as smoking a cigarette or a churchwarden. Ernest could not deny this, and admitted that Paul would almost certainly have condemned tobacco in good round terms if he had known of its existence. Was it not then taking rather a mean advantage of the Apostle to stand on his not having actually forbidden it? On the other hand, it was possible that God knew Paul would have forbidden smoking, and had purposely arranged the discovery of tobacco for a period at which Paul should be no longer living. This might seem rather hard on Paul, considering all he had done for Christianity, but it would be made up to him in other ways.


Dr. Matrix professes to find a defense of cigarette smoking in "Rebekah lifted up her eyes, and when she saw Isaac, she lighted off the camel" (Gen. 24:64). 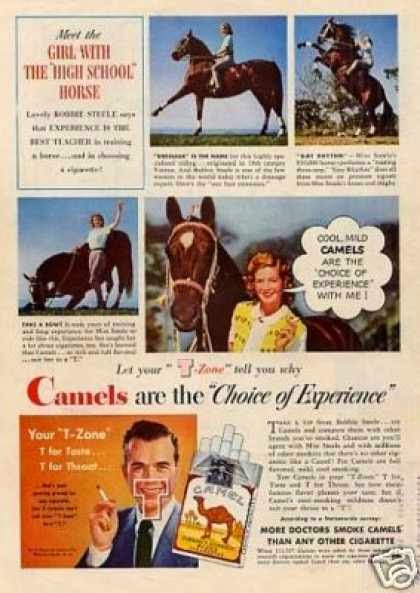