Most imperative of recent missives was a letter from Forbes, reminding us that we are not a bluebird. "You are not a bluebird," the letter said, gruffly, and then added, "you are a business man." There was a kind of finality about the news, and we read on. "Business is a hard, cold-blooded game today. Survival of the fittest. Dog eat dog. Produce or get out. A hundred men are after your job." If Forbes only knew it, goading of this sort is the wrong treatment for us. We are not, as they say, a bluebird. Nobody who reads the Nation regularly, as we do, can retain his amateur bluebird standing. As for business, we agree that it is hard, cold-blooded game. Survival of the fittest. Dog eat dog. The fact that about eighty-five per cent of the dogs have recently been eaten by other dogs perhaps explains what long ago we noticed about business: that it had a strong smell of boloney. If dog continues to eat dog, there will only be one dog left, and he will be sick to his stomach. 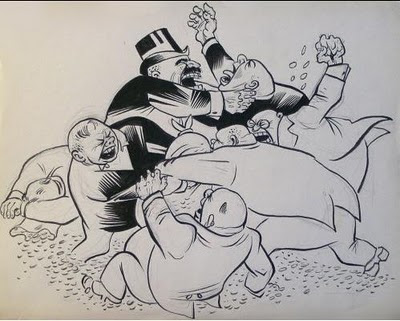