His journeys set the world about his ears.
Comfort was what he thought he wanted,
In spite of which with all God-fearing fears
He tinkered, more than grace was granted.

Save one, the towns in which he laid his head
Knew this ear-muffed Christian not their kind:
Clasped to his chafing pommel, fled
That timorous knight-errant of the mind.

On palimpsest and word of God he practiced
His fiery celibate half-frocked pride.
Love took him still: the sophomoric fact is
That Folly chose herself to be his bride.

Honed thin by her, Erasmus died in bed,
His nose as pointed as his pen,
And praised up to the moment he was dead
Folly's substantial golden gifts to men.

He prayed in Latin to his learned Lord,
But with his breath's last susurrus
He died in Dutch, expecting childhood's God.
O sainted Socrates, now pray for us! 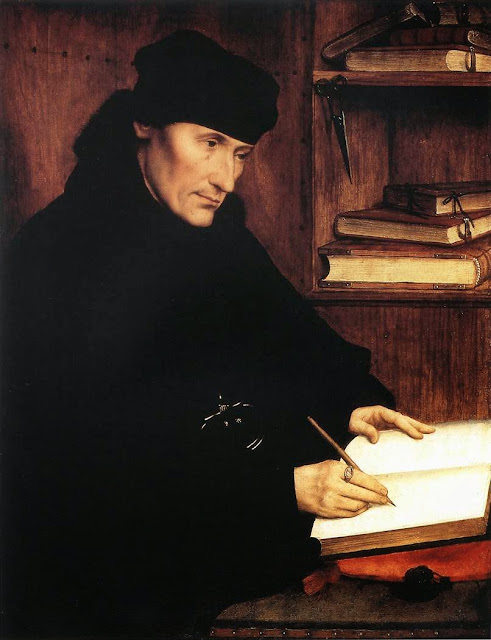