A Mistaken Change of Speaker 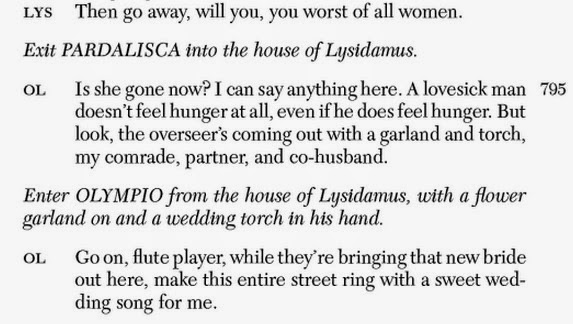 The English translation indicates a change of speaker to Olympio (OL) at line 794, after Pardalisca exits, but this should be removed and the entire speech (793-797) assigned to Lysidamus (LYS). Olympio doesn't speak here until line 798.


The inner pedant in all, or at least in many, of us is that inner creature that takes delight in pointing out the errors of others, not so much because he loves truth as because he likes to advertise his own cleverness and knowledge. But of all the many forms of pride, that in knowledge and cleverness is the most vulgar, because knowledge and cleverness should lead to wisdom and modesty rather than pride. After all, knowledge is always finite, ignorance infinite, and this is true even for the most knowledgeable person in the world.