It was [William A.] Merrill's practice to read a certain amount every day in some (usually) previously unread text. Thus in time he read about all Latin literature. But for all his profound knowledge of Latin he once made an embarrassing mistake. He had the task of composing the Latin inscription for the arch of the bridge that crosses Strawberry Creek into Faculty Glade, and he began it HANC PONTEM, which was cut in the stone. At once his error was pointed out, and someone said that this was the only feminine bridge in the world. Merrill defended the gender as written, having found feminine pons in some late ancient or early medieval writings (perhaps in Hisperica Famina, which has female bridges). But as the last act of his administration (so I have heard) Benjamin Ide Wheeler had the A of HANC changed to V. The repair is still visible.

Merrill was a convinced conservative in everything. He used to say that the founding fathers had not established a democracy but a republic. For him our government, society, and schools were steadily getting worse. The weakening of Greek and Latin in school and college curricula was a major example of the loss of standards, a symptom of general decline. If he had lived another half-century, he would not have changed his mind; rather he would have thought his worst fears confirmed.


The class of 1910, with the generous cooperation of Mrs. Phoebe A. Hearst, will soon have erected a memorial footbridge over Strawberry Creek north of the Faculty Club. The bridge will be of concrete, from plans drawn by John Bakewell '93, and Arthur Brown, Jr., '96. On the walk of the South Drive a Roman arch will be built, from which nine steps will lead to an arched bridge across the creek. On the south side of the creek nine steps will descend to the path. Professor W. A. Merrill has written the following inscription which will be placed over the portal:

Here is a photograph of the inscription: 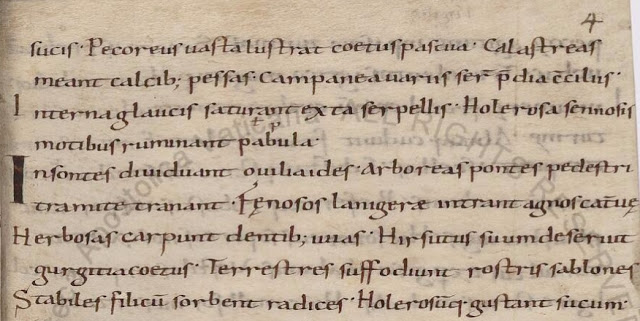