He spent most of his time in the Academy; and whenever he was going to betake himself to the city, it is said that all the noisy rabble and hired porters made way for him as he passed. And that once the notorious Phryne tried to make his acquaintance and, as if she were being chased by some people, took refuge under his roof; that he admitted her out of ordinary humanity and, there being but one small couch in the room, permitted her to share it with him, and at last, after many importunities, she retired without success, telling those who inquired that he whom she quitted was not a man but a statue. Another version of the story is that his pupils induced Lais to invade his couch; and that so great was his endurance that he many times submitted to amputation and cautery.

Bill Thayer pointed out to me that this translation omits περὶ τὸ αἰδοῖον (around the private parts). Bill also rightly questioned "many times" (πολλάκις) in conjunction with "amputation" (τομὰς). How many times, after all, can someone's private parts be amputated? I wonder if the cuttings might have been far less than amputation, e.g. nicks with a knife in order to subdue the sexual impulse. Of course the story, at least as far as Lais is concerned, is apocryphal, because chronology makes it impossible. I might translate as follows:


... so great was his endurance that he many times submitted to cuttings and burnings around his private parts.


We are told that Xenocrates' old age was equally abstemious, and the following story will be no small argument in support of that opinion. Phryne, a celebrated courtesan in Athens, lay at an all-night revel by his side when he was heavy with wine, having made a wager with some young men that she would be able to seduce his temperance. He did not rebuff her either with touch or words, but let her stay in his arms as long as she wished and then let her go foiled of her purpose. An abstemious act of a mind steeped in wisdom, but the little whore's comment too was really amusing. For when the young men jeered at her because for all her beauty and chic she had not been able to cajole a drunken old man with her enticements and demanded the agreed price of their victory, she answered that she had made the bet with them about a man, not a statue. Can anyone put this continence on Xenocrates' part more truly and more aptly on view than the little whore expressed it herself?

Here are some artistic representations of Xenocrates resisting temptation: 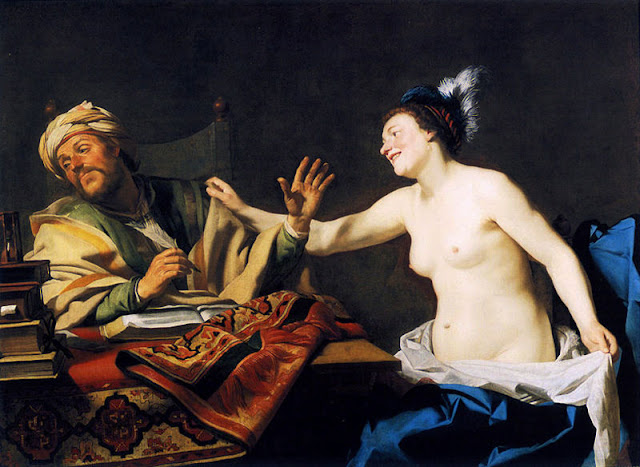 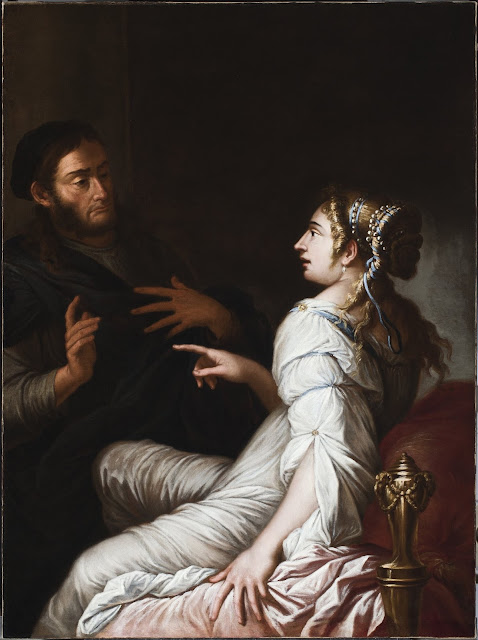 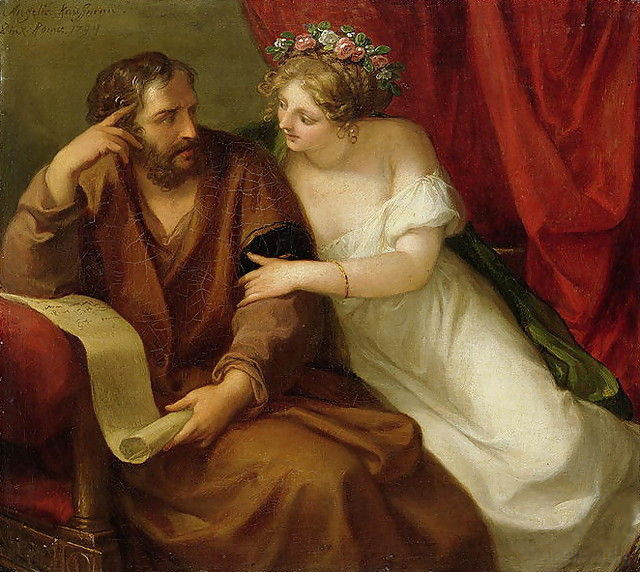 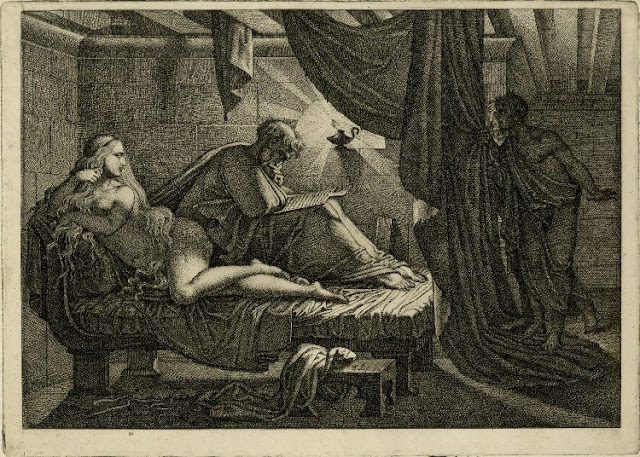