Early one morning another man and I had gone out to snipe at the Fascists in the trenches outside Huesca. Their line and ours here lay three hundred yards apart, at which range our aged rifles would not shoot accurately, but by sneaking out to a spot about a hundred yards from the Fascist trench you might, if you were lucky, get a shot at someone through a gap in the parapet. Unfortunately the ground between was a flat beet-field with no cover except a few ditches, and it was necessary to go out while it was still dark and return soon after dawn, before the light became too good. This time no Fascists appeared, and we stayed too long and were caught by the dawn. We were in a ditch, but behind us were two hundred yards of flat ground with hardly enough cover for a rabbit. We were still trying to nerve ourselves to make a dash for it when there was an uproar and a blowing of whistles in the Fascist trench. Some of our aeroplanes were coming over. At this moment a man, presumably carrying a message to an officer, jumped out of the trench and ran along the top of the parapet in full view. He was half-dressed and was holding up his trousers with both hands as he ran. I refrained from shooting at him. It is true that I am a poor shot and unlikely to hit a running man at a hundred yards, and also that I was thinking chiefly about getting back to our trench while the Fascists had their attention fixed on the aeroplanes. Still, I did not shoot partly because of that detail about the trousers. I had come here to shoot at "Fascists"; but a man who is holding up his trousers isn't a "Fascist", he is visibly a fellow creature, similar to yourself, and you don't feel like shooting at him.


I know it is the fashion to say that most of recorded history is lies anyway. I am willing to believe that history is for the most part inaccurate and biased, but what is peculiar to our own age is the abandonment of the idea that history could be truthfully written. In the past people deliberately lied, or they unconsciously coloured what they wrote, or they struggled after the truth, well knowing that they must make many mistakes; but in each case they believed that "the facts" existed and were more or less discoverable. And in practice there was always a considerable body of fact which would have been agreed to by almost everyone. If you look up the history of the last war in, for instance, the Encyclopaedia Britannica, you will find that a respectable amount of the material is drawn from German sources. A British and a German historian would disagree deeply on many things, even on fundamentals, but there would still be that body of, as it were, neutral fact on which neither would seriously challenge the other. It is just this common basis of agreement, with its implication that human beings are all one species of animal, that totalitarianism destroys. Nazi theory indeed specifically denies that such a thing as "the truth" exists. There is, for instance, no such thing as "science". There is only "German science", "Jewish science" etc. The implied objective of this line of thought is a nightmare world in which the Leader, or some ruling clique, controls not only the future but the past. If the Leader says of such and such an event, "It never happened" — well, it never happened. If he says that two and two are five — well, two and two are five. This prospect frightens me much more than bombs — and after our experiences of the last few years that is not a frivolous statement.


When I think of antiquity, the detail that frightens me is that those hundreds of millions of slaves on whose backs civilization rested generation after generation have left behind them no record whatever. We do not even know their names. In the whole of Greek and Roman history, how many slaves' names are known to you? I can think of two, or possibly three. One is Spartacus and the other is Epictetus. Also, in the Roman room at the British Museum there is a glass jar with the maker's name inscribed on the bottom, "Felix fecit". I have a vivid mental picture of poor Felix (a Gaul with red hair and a metal collar round his neck), but in fact he may not have been a slave; so there are only two slaves whose names I definitely know, and probably few people can remember more. The rest have gone down into utter silence.

Here is the glass jar Orwell was talking about (British Museum, number 1922,0512.1, found at Faversham, Kent): 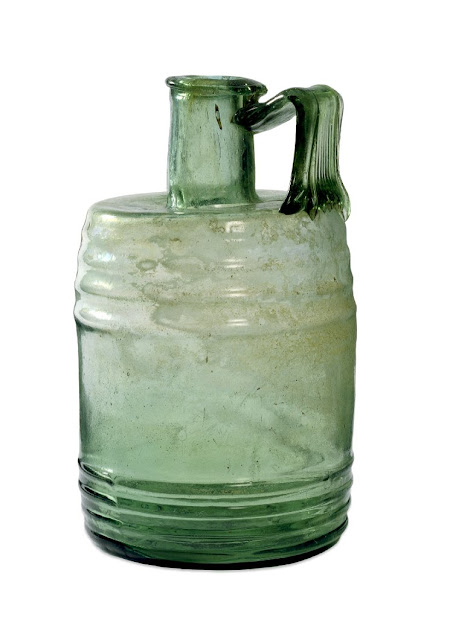 The base of the jar, with the inscription: 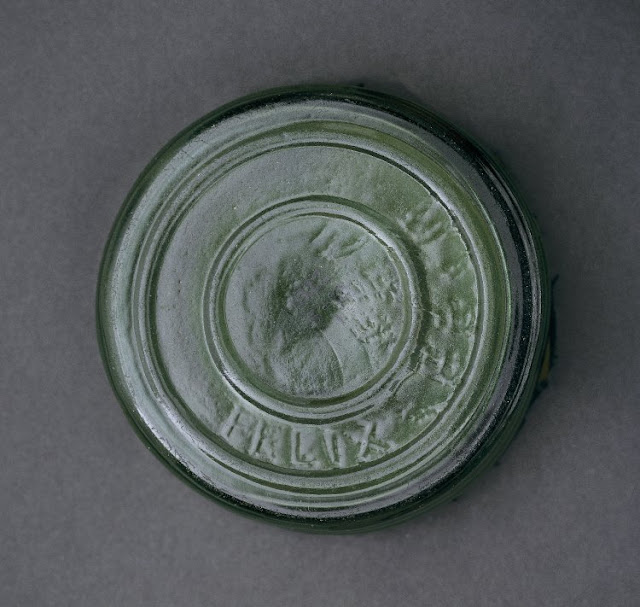 
The damned impertinence of these politicians, priests, literary men, and what not who lecture the working-class Socialist for his "materialism"! All that the working man demands is what these others would consider the indispensable minimum without which human life cannot be lived at all. Enough to eat, freedom from the haunting terror of unemployment, the knowledge that your children will get a fair chance, a bath once a day, clean linen reasonably often, a roof that doesn't leak, and short enough working hours to leave you with a little energy when the day is done. Not one of those who preach against "materialism" would consider life liveable without these things.