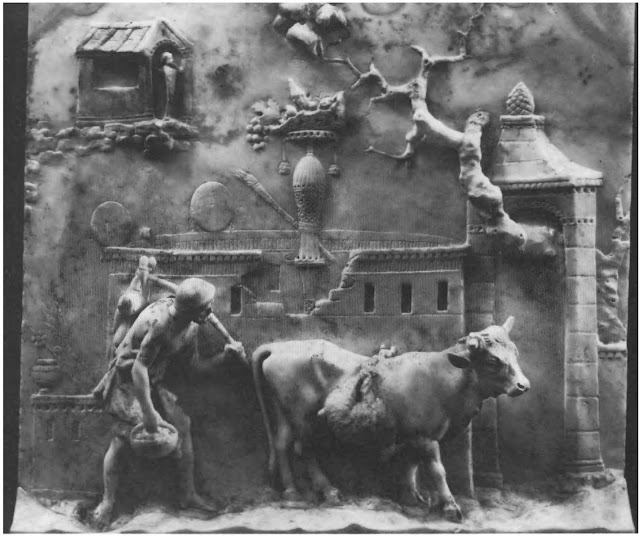 Fig. 226. Old peasant with cow before a rustic sanctuary. The
aboriginal piety of one's ancestors was sought in the country,
among the simple shepherds and peasants.

No less dogmatic in its own way is a fine, small relief in Munich (fig. 226). Amid this ostensibly innocent and loving view into a world of personal fulfillment, there is scarcely a single detail that does not function like a little didactic signpost. An old peasant drives his cattle to market. But unlike Hellenistic artists, whose detached studies of half-starved, scruffy fishermen and peasants bore a distinctly negative connotation, our sculptor is at great pains to show how the farmer prospers. His well-nourished cow carries two fat sheep, while the old man himself carries a hare over his shoulder and originally held a fruit basket. This is all portrayed as the reward not so much for hard work, but rather for the proper way of life. The background is dominated by an ancient sanctuary. We can make out the wall and gate of the sacred precinct, an altar with torch and cult vessels before it, and, in the distance, a small shrine of Priapus. From the middle of this round structure of marble ashlar blocks, a pillar soars up, supporting the Dionysiac grain basket with mystic tokens, the phallus, and bunches of fruit. As if this were not enough, the ancient tree, which has long ago already grown up through the gate, now miraculously spreads its fresh, luxuriant oak branches precisely over the holy objects. In the decaying state of the sanctuary we may suspect an allusion to the deserta sacraria (Propertius 3.13.47), which—until Augustus appeared on the scene—were tended to only by the unspoiled farmers and shepherds. The iconography of a scene like this is no less complex and richly textured than the bucolic imagery of Augustan poets.

The relief is in Munich at the Glyptothek, inv. 455.


Indeed, all the ways and doings of cattle are pleasant to look upon, whether grazing in the pasture, or browsing in the woods, or ruminating under the trees, or feeding in the stall, or reposing upon the knolls. There is virtue in the cow; she is full of goodness; a wholesome odor exhales from her; the whole landscape looks out of her soft eyes; the quality and the aroma of miles of meadow and pasture lands are in her presence and products. I had rather have the care of cattle than be the keeper of the great seal of the nation. Where the cow is, there is Arcadia; so far as her influence prevails, there is contentment, humility, and sweet, homely life.