Down the road from my flat in London was a health food store which sold real wholemeal loaves, brought round from some central point of manufacture and sold at vast expence to those who needed their bread to taste of bread. That is where, in my unsettled urban days, I bought my bread, since a loaf, for me, must pass the meat test: does the bread of your sandwich out-taste the meat? The MacDonald bap is designed to fail this test. It is a gustatory softness, against which the burger stands out like a pile of dog-shit on a satin cushion. Real bread is never background but always foreground in the battle for attention. It is both a staple and a luxury, a means of survival, and a cause of celebration. It is a universal food and also a universal symbol of food and of the earth's kindness in providing it. Bread, like wine, is a sign of settlement, the first and most important result of the agricultural way of life. Hence its significance in the Old Testament, and its final apotheosis in the Christian Eucharist, in which bread becomes the sacramental presence of God Himself. 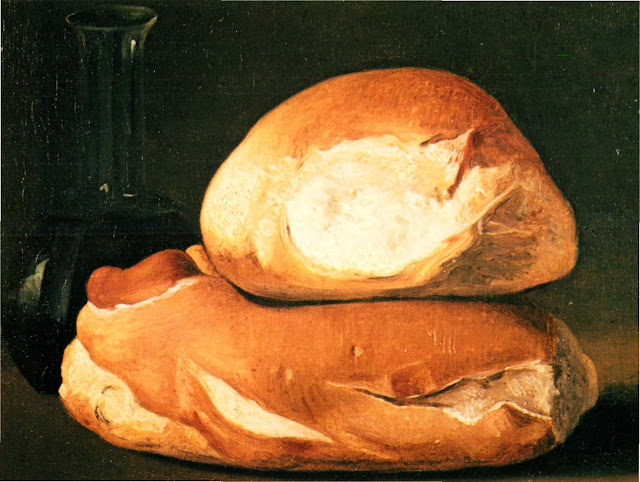