From his house they made their way up to Susa. The first thing that happened, once they gained an audience with the king, was that Xerxes' guards ordered them, and tried to force them, to fall down and prostrate themselves before the king. Their response to this was to declare that even if the guards were to hurl them headlong down on to the ground they would never do any such thing, not only because it was not the Greek way to prostrate oneself before another human being, but also because that was not what they had come for. 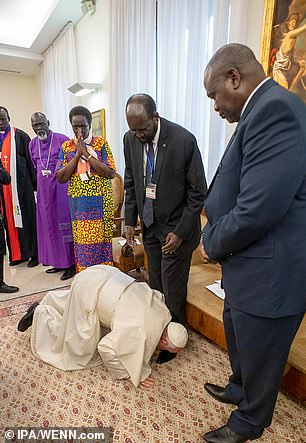