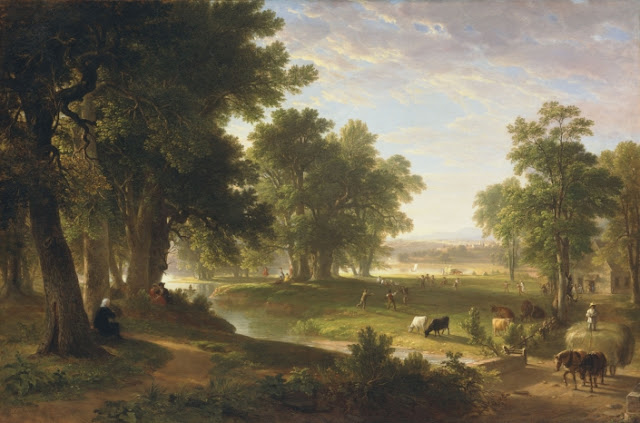 
According to Durand's son, his father's "reading at this time [early 1820s] consisted mainly of the English poets, of whom Goldsmith and Thomson were his favorites. Goldsmith's rural scenes and personages . . . together with the descriptions of the seasons by Thomson, vividly presenting the life of the woods and the charm of lonely haunts, answered to the longings of his imagination. In after years, many of the subjects of his landscapes were prompted by these poetic souvenirs."

A quick survey of Durand's locus amoenus yields Goldsmith's labouring swains, a sheltered cot, seats beneath the shade, whispering lovers, the young contending (as the old surveyed), a never-failing brook and decent church that topt the neighbouring hill.