A Solution to Wealth Inequality?


Billionaires should not exist.


A cave painting from the early Holocene in Spain shows ten figures with bows in their hands and a lone figure prone on the ground with what appear to be ten arrows sticking out of him. The configuration strongly suggests an execution rather than death in combat. Boehm points out that among current-day foraging groups, group execution is one of the most common ways of punishing males who try to claim a disproportionate amount of the group's resources.

I think this is a reconstruction of the cave painting, from Cueva Remigia, Castellón: 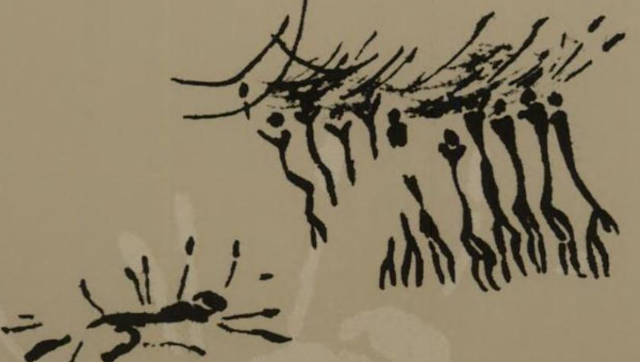