Gildersleeve on Luther and the Classics

In Soldier and Scholar: Basil Lanneau Gildersleeve and the Civil War, ed. Ward W. Briggs Jr. (Charlottesville: University of Virginia Press, 1998), p. 192, n. 18, the editor lists some of Gildersleeve's contributions to the periodical The Nation. I love to read anything written by or about Gildersleeve (I've put together my own collection of his "Brief Mention" pieces), and I'm grateful for this catalogue of his lesser-known essays.


The fourth centenary of Luther's birth has called forth all manner of Lutheran demonstration and Lutheran literature in Germany, to which there has been a modest echo in the United Scates, the home of so many of Luther's countrymen. One of the last contributions to the study of Luther's works is a posthumous pamphlet by Dr. O.G. Schmidt, an enthusiastic student of Luther's writings, and an ardent lover of the ancient classics. In this tract Doctor Schmidt, alarmed by the assaults that are made on classical studies in Germany, has bequeathed to us the results of his researches as to Luther's acquaintance with the Greek and Roman classics, in the hope that the mad materialists will pause and reflect that "Germany's greatest son was no stranger in that field of knowledge." It is very much to be feared that neither the materialists nor the "modernists" of America will care much for such an argument. Muscle is muscle, and bone is bone, and it will be contended that modern muscle and modern bone can be made out of modern fare as well as out of ancient. Nectar and ambiosia, if they sustain intellectual life at all, which seems to be doubted, can contain nothing more essential to life than baked beans and Boston brown bread. As to Luther himself, it may fairly be said that the classics were in his time the best reading to be had: that Latin was the common medium of all education worthy of the name: and that, if Luther were living now, he would not care any more for the classics than he cared then for what he considered mediaeval rubbish. Evidently, what Luther read, and liked to read, in the beginning of the sixteenth century cannot be of any vital importance to us as students of educational methods, although it has a certain interest for those who study the equipment of one of the greatest figures in modern history. The defence of the study of the ancient classics, if defence is really needed, must be put on other ground than the example of a man who lived in the light of the Renaissance. And so the classical scholar will look rather coldly on the trite quotations, from the usual school books, that Doctor Martinus Lutherus has dropped here and there in his voluminous writings.

What is of real interest is the manly way in which he treats the classic authors. The man who called the Epistle of James a straminea epistola was not likely to unbonnet before a heathen, ancient or modern, Horace or Erasmus, simply because that heathen had a better command of the Latin language than he had. To Luther, with all his admiration for Cicero, Sancte Cicero, ora pro nobis, was as silly as it was blasphemous. Those whose business it is to teach Latin and Greek often get up a spurious enthusiasm for everything Latin and Greek. Now and then, in a paroxysm of rebellion, a certain author is devoted to the infernal gods. A great scholar arises who irreverently speaks of Cicero's writings as a Sahara. Ovid, by reason of his restless talent, is and has been fair game for fault-finders. But the general tone is that of rapt admiration. A few years ago it was hinted that Thucydides was human; that as a politician he had not been altogether unacquainted with the Machine; that at a certain time he had found it expedient to vote the Cleon ticket, with the reserved right of turning against Cleon when it suited him. The points may not have been well taken—they may have been rashly and rudely advanced; but there was no call for the hubbub raised in the scholarly world about the audacities of Müller-Strübing. Luther's attitude is, humanly speaking, nuch more respectable.

Doctor Schmidt treats of Luther's training in the humanities; his acquaintance with the Roman prose-writers, the Roman poets; his own Latin poetry; his relations to Hellenic literature; and the influence of classical studies on Luther's intellecual life. A few points must suffice. So far from being surprised at the extent of Luther's reading in the ancient classics, one is surprised rather that he did not make more use of these revered authorities in an age so much under the domination of their charm. Of the Latin prose-writers, Cicero of course leads the van. Everybody was brought up on Cicero at that time, and Luther gives him all the credit for the Greek wisdom that Cicero conveyed with cynical coolness. Luther is astonished that a man so deep in great affairs could have read and written so much, and contrasts him with Aristotle, very much to the disadvantage of the great sage, whom he calls "an unemployed ass, who had gold and goods and jolly, idle days enough," whereas Cicero was up to his eyes in work and bearing vast burdens of state. There are but few indications of an intimate acquaintance on Luther's part with Livy or Sallust or Tacitus. Pliny the elder was the great storehouse of knowledge in those days—the 'Conversations-Lexikon, the 'Encyclopaedia Britannica' of the time. But Luther does not like Pliny, for all that: Pliny is a materialist and an epicurean, and he dismisses him with the contemptuous epithet of "a clever fool." Melanchthon was wasting time on Pliny that be might better have spent on the Epistle to the Romans.

Of Roman comedy Luther was a great admirer, and favored the acting of the plays of Terence. He thought the moral tendency admirable, encouraged the boys in the school at Wittenberg in their dramatical performances, and tried to get up a game supper after the play. Westminster and Wittenberg are thus bound together by an old tradition. Virgil was his delight. On a scrap of paper written two days before his death, he made the note that no one could understand the Bucolics unless be had been a shepherd for five years, nor the Georgics unless he had been a farmer for the same length of time. One who is neither might be permitted to suggest that even Luther was too much under the traditional spell to be a good judge—peasant as he had been himself. At any rate, it is rather strange that he should have put the Bucolics on the same line with the Georgics. Horace was too much of an epicurean for Luther's taste, and he depresses him below—Prudentius, Catullus, Juvenal, and Martial he would not suffer in the school-room, though he could not resist the temptation to quote Juvenal on occasion. With correct instinct, he questioned whether Lucan could be called a poet, and wisely postponed buying a copy of the 'Pharsalia' to the closing years of his life.

Luther's own Latin poetry is meagre in quantity, and not remarkable for quality, in an age of trained parrots. Of Greek, not "a College Fetish" yet, he evidently knew very little. Much that he refers to comes to him at second hand. To Aristotle he was a sworn foe. Plato, he thought, was often in fun, and amused himself at the expense of other philosophers—a frivolous view of Plato, with which the solemn commentators among Luther's countrymen will have little sympathy. So, throughout, Luther says what he thinks with refreshing directness, and in this way, at least, sets modern scholars a good example. 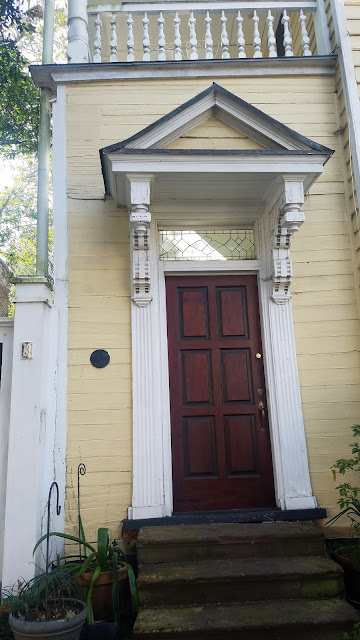