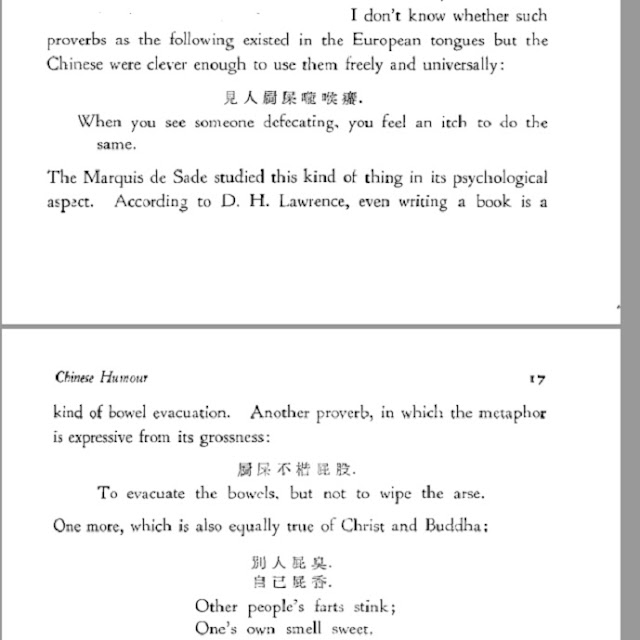 Transcribed, but without the Chinese characters:


I don't know whether such proverbs as the following existed in the European tongues but the Chinese were clever enough to use them freely and universally:


When you see someone defecating, you feel an itch to do the same.

The Marquis de Sade studied this kind of thing in its psychological aspect. According to D.H. Lawrence, even writing a book is a kind of bowel evacuation. Another proverb, in which the metaphor is expressive from its grossness:


To evacuate the bowels, but not to wipe the arse.

One more, which is also equally true of Christ and Buddha:

On Western parallels to the last of the three proverbs, see An Icelandic Proverb?. Perhaps we have to do with a cultural universal here.