Sad Ravages in the Woods

William Wordsworth alludes to this family custom in his series Poems on the Naming of Places. In number VI in the series he mentions John's Grove ("Upon a hill / At a short distance from my cottage, stands / A stately Fir-grove") and John's Path ("I found / A hoary pathway traced between the trees"). He describes how he realized that it was his brother's footsteps that had worn the path:

And with the sight of this same path—begun,
Begun and ended, in the shady grove,
Pleasant conviction flashed upon my mind
That, to this opportune recess allured,
He had surveyed it with a finer eye,
A heart more wakeful; and had worn the track
By pacing here, unwearied and alone,
In that habitual restlessness of foot
That haunts the Sailor measuring o'er and o'er
His short domain upon the vessel's deck,
While she pursues her course through the dreary sea.

Despite the possessive noun, the Wordsworths did not own John's Grove, and the owner of the property cut down the trees there. In a letter to Mary Wordsworth, John the irascible sea captain wrote, "I wish I had the monster that cut them down in my ship & I would give him a tight flogging."

In a journal entry (March 4, 1802), Dorothy Wordsworth wrote that woodcutters were "making sad ravages in the woods." 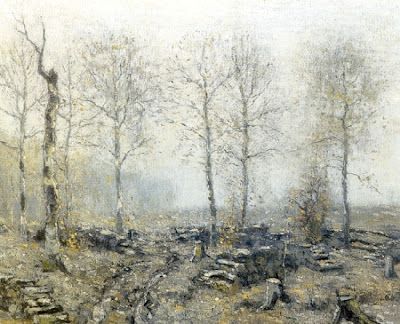