Eric Thomson writes in an email:

Between 'Sin against the Holy Ghost' and 'Nosegay', there's a snippet of connective tissue, also from the P&P - 'Mere acquired knowledge belongs to us only like a wooden leg or a wax nose', which leaves me (and you too I imagine) without a leg to stand on. Guilty as charged, M'Ludd. Never having been visited by an 'original and powerful thought' in my life (and if I had been it would have scared me away rather than the opposite), I've always been happy to poach them, so the bucketful of Schopenspleen is water off a duck's back.

I found the wax nose quote ... in a delightful book (recently acquired) – the Book-Lover's Enchiridion by Alexander Ireland (enlarged edition 1888). I wonder if you know it?

I don't know Ireland's enchiridion, but it's available in its entirety on Google Books, so I'll be looking at it soon and poaching from it myself.

Ireland's quotation from Schopenhauer's Parerga and Paralipomena comes after the same passage I quoted in A Sin Against the Holy Ghost (II, Kap. XXII, § 260). Here is E.F.J. Payne's translation, followed by the original German:

The truth that has been merely learnt sticks to us like an articifial limb, a false tooth, a nose of wax, or at best like a rhinoplastic nose formed from someone else's flesh. On the other hand, the truth acquired through our own thinking is like the natural limb; it alone really belongs to us. 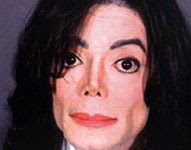