A Spot Fit for Hermits

G.K. Chesterton, What's Wrong with the World, Part I (The Homelessness of Man), Chapter VIII (The Wildness of Domesticity):

For the truth is, that to the moderately poor the home is the only place of liberty. Nay, it is the only place of anarchy. It is the only spot on the earth where a man can alter arrangements suddenly, make an experiment or indulge in a whim. Everywhere else he goes he must accept the strict rules of the shop, inn, club, or museum that he happens to enter. He can eat his meals on the floor in his own house if he likes. I often do it myself; it gives a curious, childish, poetic, picnic feeling. There would be considerable trouble if I tried to do it in an A.B.C. tea-shop. A man can wear a dressing gown and slippers in his house; while I am sure that this would not be permitted at the Savoy, though I never actually tested the point. If you go to a restaurant you must drink some of the wines on the wine list, all of them if you insist, but certainly some of them. But if you have a house and garden you can try to make hollyhock tea or convolvulus wine if you like. For a plain, hard-working man the home is not the one tame place in the world of adventure. It is the one wild place in the world of rules and set tasks. The home is the one place where he can put the carpet on the ceiling or the slates on the floor if he wants to.

The poet John Clare was a poor man who wanted a home of his own. He imagined what such a home would be like in Proposals for Building a Cottage, The Wish, and the following untitled poem: 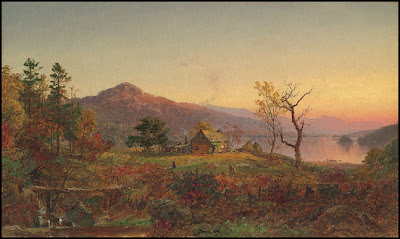