On my daily walk I sometimes pass by a building called The Institute for Global Citizenship. I can't imagine anything more dispiriting than being a global citizen, a cosmopolitan.

Take away this local patriotism and you take out all the color that is left in American life. That the local patriotism may not only consist with a wider patriotism, but may serve as a most important element in wider patriotism, is true. Witness the strong local life in the old provinces of France. No student of history, no painter of manners, can neglect it. In Gerfaut, a novel written before the Franco-Prussian war, Charles de Bernard represents an Alsatian shepherd as saying, "I am not French; I am Alsatian,"—"trait de patriotisme de clocher assez commun dans la belle province du Rhin," adds the author, little dreaming of the national significance of that "patriotisme de clocher." The Breton's love of his home is familiar to every one who has read his Renan, and Blanche Willis Howard, in Guenn, makes her priest exclaim, "Monsieur, I would fight with France against any other nation, but I would fight with Brittany against France. I love France. I am a Frenchman. But first of all I am a Breton." The Provençal speaks of France as if she were a foreign country, and fights for her as if she were his alone. What is true of France is true in a measure of England. Devonshire men are notoriously Devonshire men first and last.

"Le patriotisme de clocher" is "the patriotism of the bell tower," an anachronism in these days, I suppose, when towers either don't have bells, or, if they do, the bells are silent because ringing them would violate anti-noise ordinances. 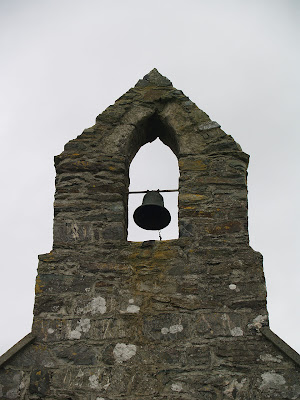