The Felling of Herne's Oak

Mrs Page.
There is an old tale goes that Herne the hunter,
Sometime a keeper here in Windsor forest,     30
Doth all the winter-time, at still midnight,
Walk round about an oak, with great ragg'd horns;
And there he blasts the tree and takes the cattle
And makes milch-kine yield blood and shakes a chain
In a most hideous and dreadful manner:     35
You have heard of such a spirit; and well you know
The superstitious idle-headed eld
Received, and did deliver to our age,
This tale of Herne the hunter for a truth.
Page.
Why, yet there want not many that do fear     40
In deep of night to walk by this Herne's oak:
But what of this?

The following decisive evidence that the tree was destroyed is extracted from a contemporary newspaper, communicated to me by Mr. Wright:—

Within this dell, for many an age,
Herne's Oak uprear'd its antique head:—
Oh! most unhallow'd was the rage
Which tore it from its native bed!

The storm that stript the forest bare
Would yet refrain this tree to wrong,
And Time himself appear'd to spare
A fragment he had known so long.

'Twas mark'd with popular regard,
When famed Elizabeth was queen;
And Shakespere, England's matchless bard,
Made it the subject of a scene.

So honour'd when in verdure drest,
To me the wither'd trunk was dear;
As, when the warrior is at rest,
His trophied armour men revere.

That nightly Herne walk'd round this oak,
"The superstitious eld received;"
And what they of his outrage spoke
The rising age in fear believ'd.

The hunter, in his morning range,
Would not the tree with lightness view:
To him Herne's legend, passing strange,
In spite of scoffers still seem'd true.

Oh, where were all the fairy crew
Who revels kept in days remote,
That round the oak no spell they drew,
Before the axe its fibres smote?

Could wishes but ensure the power,
The tree again its head should rear;
Shrubs fence it with a fadeless bower,
And these inscriptive lines appear:—

"Here, as wild Avon's poet stray'd"—
Hold!—let me check this feeble strain—
The spot by Shakspere sacred made,
A verse like mine would but profane!

Wright is Thomas Wright, and the newspaper was the Whitehall Evening Herald.

Mr. Charles Knight considers that the real Herne's Oak was cut down some fifty or sixty years ago, not by order of George III., but to his deep and lasting regret; and, in support of this opinion, relates the following anecdote. — About the year 1800, Mr. Nicholson, the eminent landscape draftsman, was on a visit to the Dowager Countess of Kingston, at Old Windsor; and his mornings were chiefly employed in sketching, or rather making studies of, the old trees in the forest. This circumstance one day led the conversation of some visiters at Lady Kingston's to Herne's Oak. Mrs. Boufoy and her daughter, Lady Ely, were present; and they were very much with the royal family. Mr. Nicholson requested Lady Ely to procure for him any information that she could from the king, respecting Herne's Oak, which, considering his majesty's tenacious memory and familiarity with Windsor, the king could probably give better than any one else. In a few days, Lady Ely informed Mr. Nicholson that she had made the inquiry he wished of the king; who told her that, when he (George III.) was a young man, it was represented to him that there were a number of old oaks in the park, which had become unsightly objects, and that it would be desirable to take them down. He gave immediate directions that such trees as were of this description should be removed; but he was afterwards sorry that he had given such an order inadvertently, because he found that among the rest the remains of Herne's Oak had been destroyed. 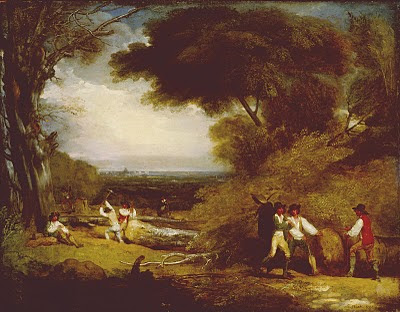 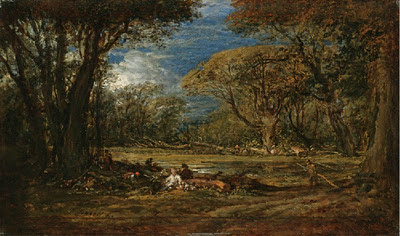