From Eric Thomson, via email:

I thought of you yesterday in the National Gallery looking at a painting by Giovanni Bellini, The Assassination of St Peter Martyr. The grisly deed is perpetrated against a background of woodsmen felling a forest, so that the raised dagger of the assassin comes into alignment with the raised axe of one of the woodsmen. It's a parallelism underscored in another version (in the Courtauld Institute) in which the stumps bleed and so share in St Peter's martyrdom. 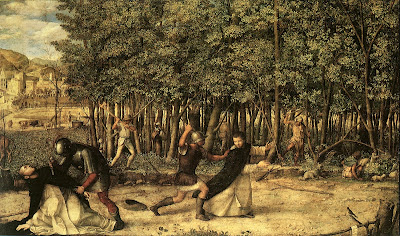 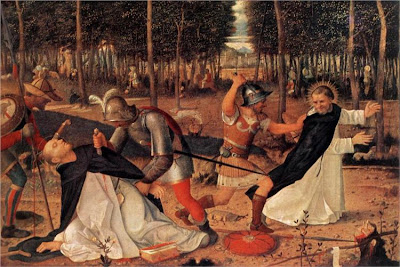 Note the bleeding stump in the lower right hand corner of the Courtauld Institute version.

Some examples of bleeding trees in literature:The following discussions are unavailable to me: