In ancient Greece, pale skin was a mark of female pulchritude. Homer applies the adjective "white-armed" (λευκώλενος) to various beauties, human and divine. A woman's place was normally indoors, and if she ventured outside, she often used an umbrella, not to protect herself from the rain, but to shield herself from the sun's rays. Women smeared white lead on their faces to enhance their natural pallor.

It was a sign of effeminacy, on the other hand, for ancient Greek men to be pale. Men were supposed to spend most of their time outdoors. As a result, the macho Greek man had tanned skin, while only sissy boys were pale.

Fashions change. New Jersey mother Patricia Krentcil goes to tanning salons twenty times a month, or did so before she was banned from them, after her arrest for allegedly taking her five year old daughter with her. In an interview with Mara Schiavocampo (May 21, 2012), Krentcil said, "I'm sorry. I'm tan. I like to be tan. It just feels good." It may feel good, but it doesn't look good: 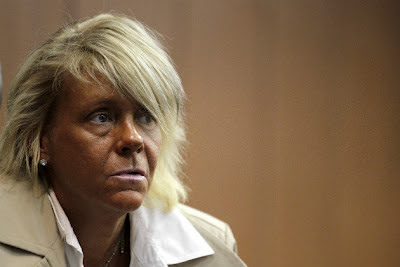