He Spent Most of His Time Reading


Mr. Solovey was always abrupt and ill-tempered, and when he spoke at all, it was to throw a few words out from under his walrus mustache with an air of bitter disdain for us all. His whole manner as he stood behind his counter seemed to say: "I am here because I am here, and I may talk to you if I have to! Don't expect me to enjoy it!" His business declined steadily. Everyone else on the block was a little afraid of him, for he would look through a prescription with such surly impatience that rumors spread he was a careless and inefficient pharmacist, and probably unsafe to use. If he minded, he never showed it. There was always an open book on the counter, usually a Russian novel or a work of philosophy; he spent most of his time reading. He would sit in a greasy old wicker armchair beside the telephone booths, smoking Murads in a brown-stained celluloid holder and muttering to himself as he read. He took as little trouble to keep himself clean as he did his store, and his long, drooping mustache and black alpaca coat were always gray with cigarette ash. It looked as if he hated to be roused from his reading even to make a sale, for the slightest complaint sent him into a rage. "I'll never come back to you, Mr. Solovey!" someone would threaten. "Thanks be to God!" he would shout back. "Thanks God! Thanks God! It will be a great pleasure not to see you!" 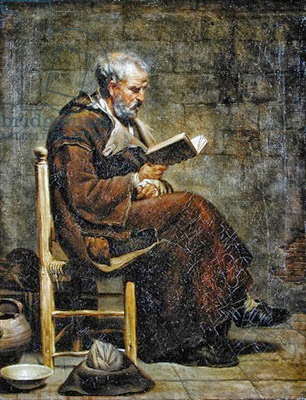