Disputes in religion will never be ended, because there wants a measure by which the business should be decided. The Puritan would be judged by the word of God: if he would speak clearly, he means himself, but that he is ashamed to say so; and he would have me believe him before a whole church, that have read the word of God as well as he. One says one thing, and another another; and there is, I say, no measure to end the controversy. 'Tis just as if two men were at bowls, and both judged by the eye: one says 'tis his cast, the other says 'tis my cast; and having no measure, the difference is eternal. Ben Jonson satirically expressed the vain disputes of divines by Rabbi Busy disputing with a puppet in his Bartholomew fair. It is so: it is not so: it is so: it is not so; crying thus one to another a quarter of an hour together. 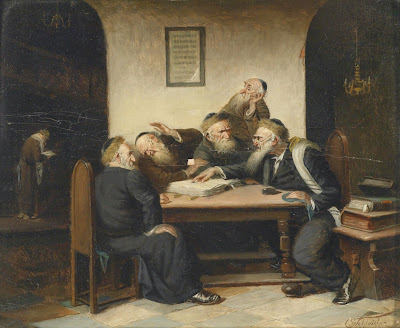