The Oxford English Dictionary's Word of the Day today is psittacism, defined as "The mechanical repetition of previously received ideas or images, without true reasoning or feeling; repetition of words or phrases parrot-fashion; an instance of this." One of the OED's examples is by B.M. Levick, from a review of H. Brandt's Asia Minor Studien, 7. Gesellschaft und Wirtschaft Pamphyliens und Pisidiens im Altertum, in Classical Review 45 (1995) 114-116 (at 114):


The author traces this opinion to A.H.M. Jones and shows (though with a courtesy that should be a model for others), how it has been repeated by followers. And there is no doubt that we have indeed been guilty of scholarly psittacism.

If two examples are sufficient evidence of a trend, then Levick seems fond of the phrase. She used it a few years earlier in a review of Ronald Syme's History in Ovid, in Journal of Roman Studies 70 (1980) 244-245 (at 245):


Scholarly psittacism is a justifiable target of the author; deafness might be another.


The censure of the Byzantine chapters in the Decline and Fall that has gone on virtually unanimously for about a century reveals more about scholarly psittacism than Gibbon.

It's a useful phrase, because the phenomenon it describes is so widespread. 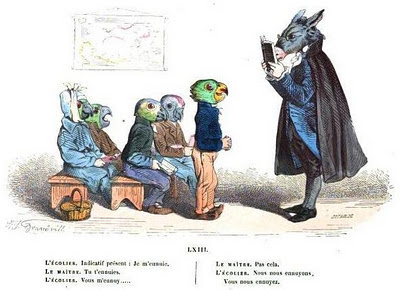