In September 1742 Bach, then aged fifty-seven, bought a de luxe edition of Martin Luther's complete works in seven volumes. According to a little note in his own hand about 'these German and magnificent writings of the late D.[octor] M.[artin] Luther' that had previously belonged to two distinguished theologians, Calov and Mayer, he had paid ten thalers for them. On his shelves he already had fourteen fat folios of Luther's writings, including the Tischreden, plus a Second Quarto volume of his Hauß-Postilla, besides many volumes of sermons, Bible commentaries and devotional writings by other authors, most of whom cited Luther generously. So why the new purchase? Was it just because this was the new Altenburg edition, whereas he already had the Jena version? Bach's working library, estimated to have contained at least 112 different theological and homiletic works, was less like a typical church musician's and more what one might expect to find in the church of a respectably sized town, or that 'many a pastor in Bach's day would have been proud to have owned'. It is slightly odd, too, that the price Bach claimed he had paid for these new volumes appears to have been obliterated and rather clumsily altered to ten thalers from a figure likely to have been twice or even three times as large—in the same month a Leipzig bookseller, Theophil Georg, published a four-volume catalogue of new and old Luther editions which quoted twenty thalers for the Altenburg edition. Was Bach too embarrassed to admit to his wife the full price he had paid—amounting to perhaps half a month's salary?

I confess to similar ruses to conceal from Mrs. Laudator the extent of my book buying, e.g. keeping newly purchased books in the trunk of my car until I can smuggle them into the house undetected. 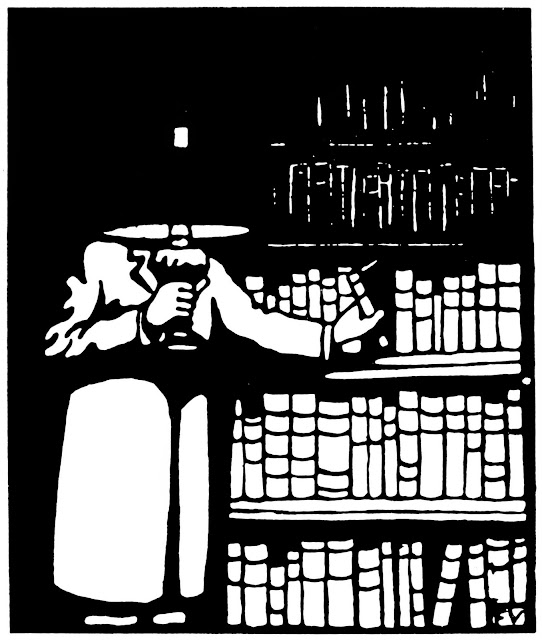 Thanks to the friend who gave me a copy of Gardiner's book, delivered to my house in a plain brown wrapper.