[Warning: This Memorial Day post about my great-great-great-grandfather, John B. Wagner, will probably interest only members of my family.]

The last name of his second wife Carthetly was Kennedy. I don't think the stone is missing (see below).

The headstone in question, located in the northwest corner of the Gilleland family plot, is weather-beaten and covered with lichen, to the point that the inscription is now practically illegible. I can, however, just barely read the letters "AG" (part of "WAGNER"), near the top, above the life span "43 Yrs. 4 Ms. 15 Ds." (click to enlarge): 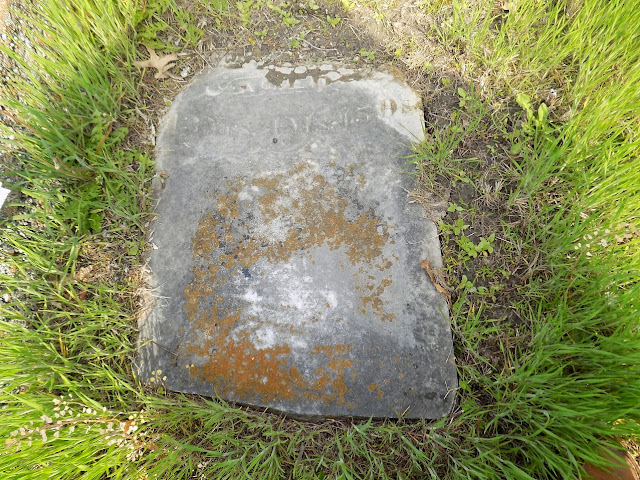 If John B. Wagner died on August 17, 1862 (not 1863), then the date may reveal the cause of his death. August 17, 1862, was one day after the Battle of Lone Jack. The town of Lone Jack is located about ten miles north of the site of John B. Wagner's farm. I suspect that, despite his official discharge from the 10th Regiment, Missouri Cavalry State Guard, he fought in the Battle of Lone Jack, was wounded, and died the next day.

In the movie True Grit, Rooster Cogburn (played by John Wayne) tells Mattie Ross that he lost an eye at the Battle of Lone Jack, calling it "a scrap outside of Kansas City."