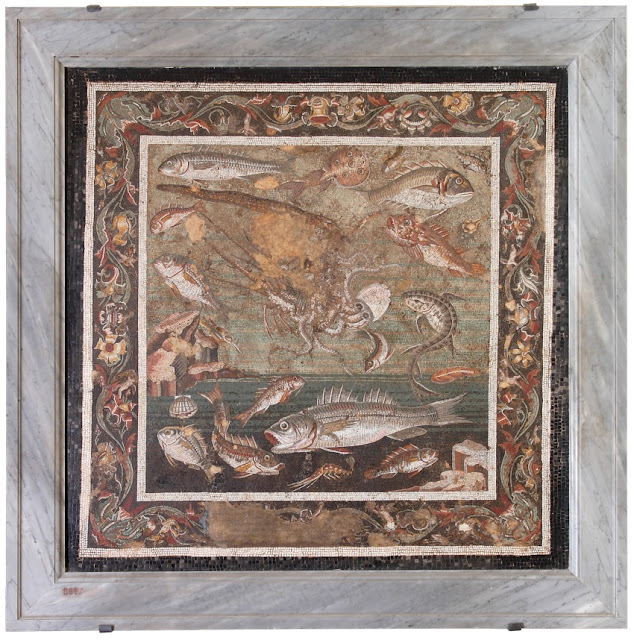 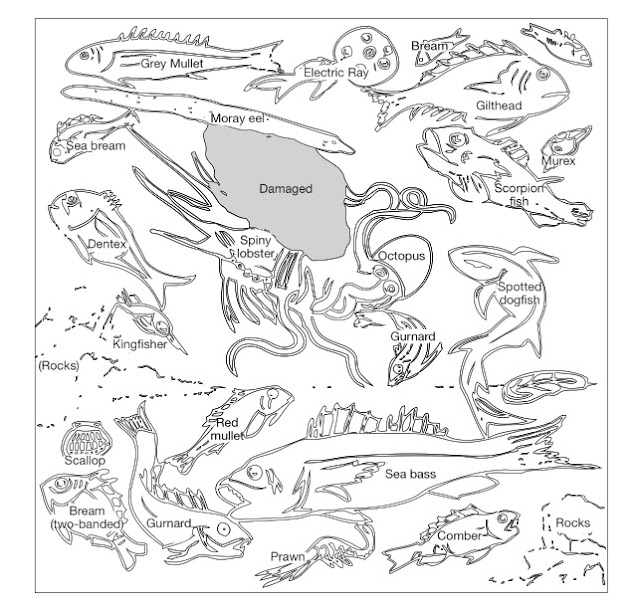 Fish for sale in Naples: 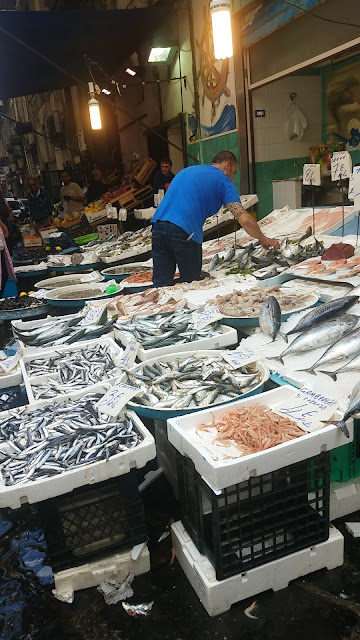 
[M]any an elaborate mosaic and brilliant little fresco of painted fish adorn the walls and flooring of the houses of Pompeii and Herculaneum, looking, after an eighteen hundred years' potting in a lava pie-crust, almost as fresh and ruddy as their readily recognized descendants in the Neapolitan pescherias.

Thanks to my daughter for the photograph of the Naples fish market.