Another writer capable of moving the Byzantines to anger was Lucian, whose occasional scornful comments on the early Christians earned him equally scornful epithets from the orthodox reader. The ancient and medieval commentaries on his essays are found to contain no less than thirty-nine terms of abuse directed against him.3 Yet the essays remained firm favourites with Byzantine readers of all periods. 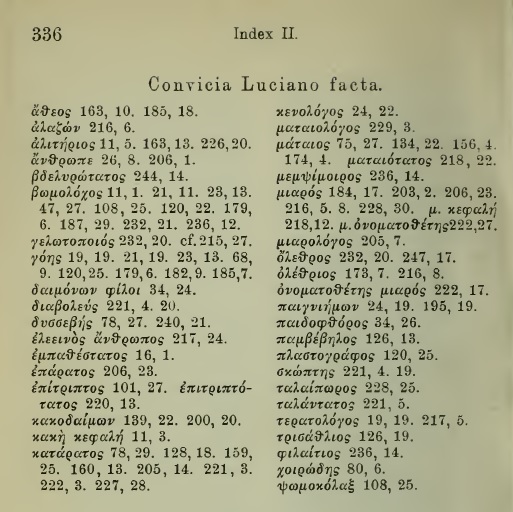