Either This or Upon This


Another, as she handed her son his shield, exhorted him, saying, "Either this or upon this."b

b Referred to Gorgo as the author by Aristotle in his Aphorisms, as quoted by Stobaeus, Florilegium, vii.31, but it is often spoken of as a regular Spartan custom. Cf., for example, the scholium on Thucydides, ii.39.

Ancient writers were not agreed whether the second half meant to fall upon the shield (dead or wounded) or to be brought home dead upon it. In support of the second (traditional) interpretation cf. Moralia, 235A, and Valerius Maximus, II.7, ext. 2. 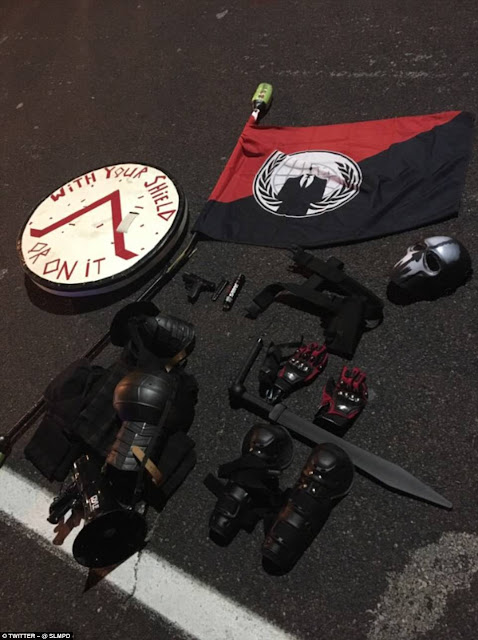 
They were not surprised at the general's precept, remembering the maternal coaxing whereby those going forth to battle were told to come back to their mothers' sight alive with their shields or be brought back upon them dead. That was the watchword the Spartan warriors received within the walls of their homes before they fought.

With regard to your recent post on Spartan women, you might be interested in this monument on the campus of Penn State, commemorating a fallen graduate. It’s a beautiful monument. I pass it 3 times a week on my way to class. It represents a shield, surmounted by the motto. 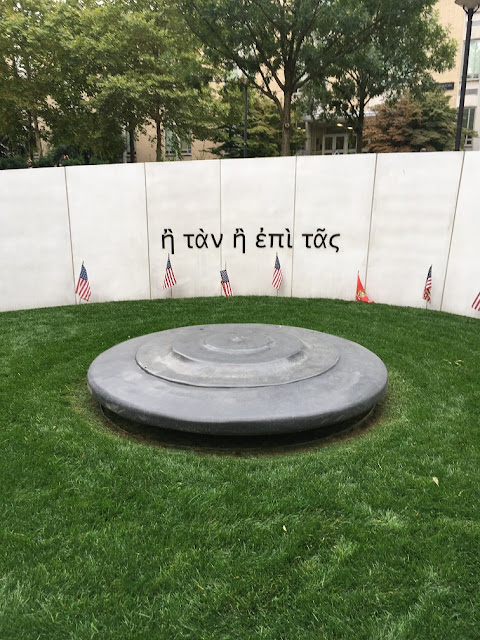 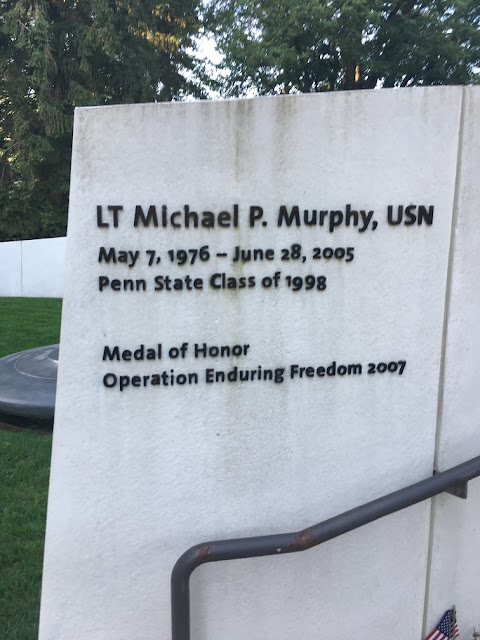