The only dog to become a saint was a French greyhound, unjustly killed after saving a child from a snake in the diocese of Lyons; in the thirteenth century the common people knew him as St Guinefort, and healing miracles on sickly children were performed at his tomb until the Dominicans suppressed the cult.58

58. In his Le saint Lévrier, Guinefort, guérisseur d'enfants depuis le XIIIe siècle (Paris, 1979), Jean-Claude Schmitt reveals that the cult was still in existence in the later nineteenth century. His book provides a brilliant analysis of the myth and the elements which gave it potency.

Saint Guinefort might be the only saint who is entirely canine from the neck down but there is cynocephalic St Christopher who as reprobate Reprebus/Reprobus could only bark, but when struck by an angel who then blew on his snout, spoke Greek. See David Gordon White, Myths of the Dog-Man (Chicago: University of Chicago Press, 1991) p. 34. 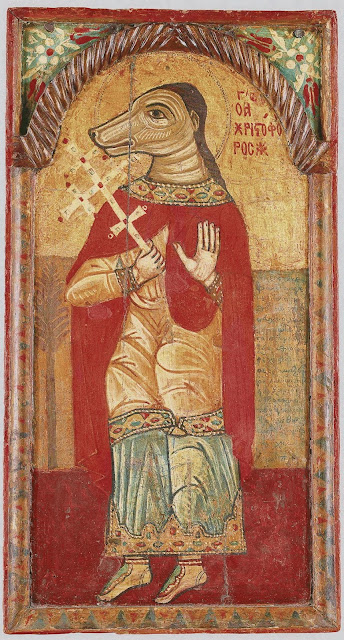