In Greek, however, the word "epidemic" belonged to the vocabulary of theophany. Emile Littré, the nineteenth-century French lexicographer, was aware of this when he introduced the word into the French language.6 It was a technical term used in talking about the gods. "Epidemics" were sacrifices offered to the divine powers when they came to visit a region or a temple or attended a feast or were present at a sacrifice.7 Symmetrically, "apodemics" were sacrifices offered upon the gods' departure. For there was a traffic of the gods, a traffic that became particularly heavy during Theoxenia, occasions when a city, individual, or god offered hospitality to some or all of the deities.8 The gods came to the place and lived there for a time; they were actually present,9 or "epidemized." Being resident but not sedentary, they resembled the Hippocratic physicians, itinerant practitioners who composed what were called Epidemics: sheafs of notes, brief protocols or, rather, minutes relating the course of the disease—a careful record of the symptoms, the crisis, the care administered, and the patient's reactions.10 The technique was that of a reporter, practiced by Ion of Chios, an intellectual of the fifth century B.C., in his work entitled Epidemics: a series of sketches, portraits, interviews with artists like Sophocles and politicians like Pericles and Kimon of Athens.11 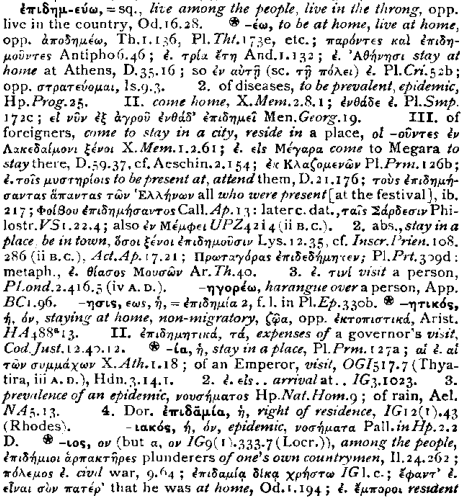