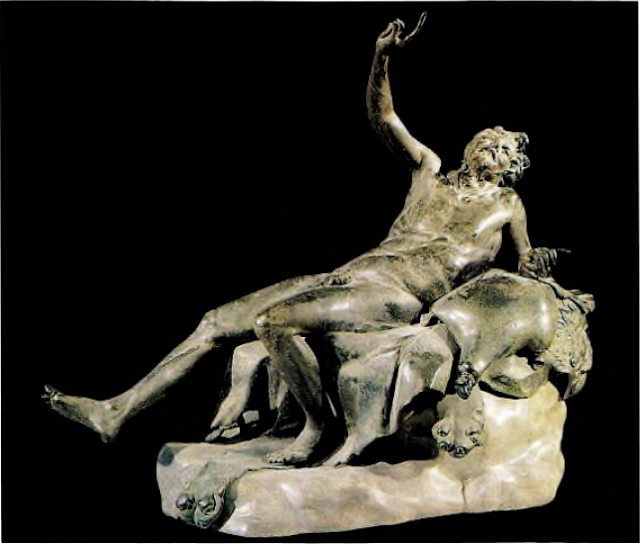 Fig. 9. Bronze statue of a drunken satyr from the Villa of the Papyri. Judging from the number of surviving copies of this work, the Hellenistic original of the second century B.C. was very popular among the Romans. The satyr is reclining on a rock, exhausted perhaps from frenzied dancing but continuing to sing and snap the fingers of his upraised right hand in time to the music. Even though he has evidently already drunk deeply from his wineskin, there is still quite a lot left in it—enough to afford him some rather unsteady support. For the Greeks and Romans of this period, the followers of Dionysus/Bacchus epitomized the sensual enjoyment of life. Naples, Museo Archeologico Nazionale.