The Value of Having a Little Land


We can get to the same idea by a way a little more economic and practical, and this is by following through our literature the ancient theme of the small farmer or husbandman who leads an abundant life on a scrap of land often described as cast-off or poor. This figure makes his first literary appearance, so far as I know, in Virgil's Fourth Georgic:


I saw a man,
An old Cilician, who occupied
An acre or two of land that no one wanted,
A patch not worth the ploughing, unrewarding
For flocks, unfit for vineyards; he however
By planting here and there among the scrub
Cabbages or white lilies and verbena
And flimsy poppies, fancied himself a king
In wealth, and coming home late in the evening
Loaded his board with unbought delicacies.

Virgil's old squatter, I am sure, is a literary outcropping of an agrarian theme that has been carried from earliest times until now mostly in family or folk tradition, not in writing, though other such people can be found in books. Wherever found, they don't vary by much from Virgil's prototype. They don't have or require a lot of land, and the land they have is often marginal. They practice subsistence agriculture, which has been much derided by agricultural economists and other learned people of the industrial age, and they always associate frugality with abundance.

In my various travels, I have seen a number of small homesteads like that of Virgil's old farmer, situated on "land that no one wanted" and yet abundantly productive of food, pleasure, and other goods. And especially in my younger days, I was used to hearing farmers of a certain kind say "They may run me out, but they won't starve me out" or "I may get shot, but I'm not going to starve." Even now, if they cared, I think agricultural economists could find small farmers who have prospered, not by "getting big," but by practicing the ancient rules of thrift and subsistence, by accepting the limits of their small farms, and by knowing well the value of having a little land.

How do we come at the value of a little land? We do so, following this strand of agrarian thought, by reference to the value of no land. Agrarians value land because somewhere back in the history of their consciousness is the memory of being landless. This memory is implicit, in Virgil's poem, in the old farmer's happy acceptance of "an acre or two of land that no one wanted." If you have no land you have nothing: no food, no shelter, no warmth, no freedom, no life. If we remember this, we know that all economies begin to lie as soon as they assign a fixed value to land. People who have been landless know that the land is invaluable; it is worth everything. Pre-agricultural humans, of course, knew this too. And so, evidently, do the animals. It is a fearful thing to be without a "territory." Whatever the market may say, the worth of the land is what it always was: It is worth what food, clothing, shelter, and freedom are worth; it is worth what life is worth. 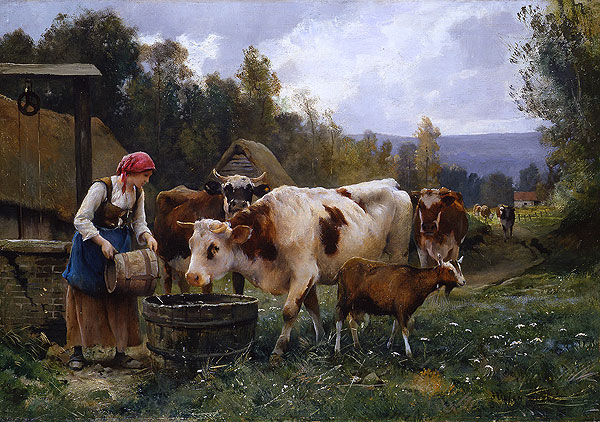