Raymond B. Waddington, Aretino's Satyr: Sexuality, Satire, and Self-Projection in Sixteenth-Century Literature and Art (Toronto: University of Toronto Press, 2003), pp. 12-13, with notes on pp. 167-168, and figures at the end of the book on unnumbered pages:

More significant for our purposes is the line of stylized, iconic illustration of Priapus. A concomitant of the vogue for serious investigation of antiquities by humanist scholars and artists,42 it reproduces the surviving priapic statuary in graphic form or illustrates the accounts of priapic worship in the Fasti and in the Carmina Priapea. Before 1480, a popular item of household decor was a pseudo-classical, bronze oil lamp with a cover, possibly designed by the medallist Cristoforo di Geremia, illustrating the sacrifice [of an ass] to Priapus.43 The basic strategem of such images is the presentation of the figure as a herm. The head will be bearded, satyr-like, often very similar to the conventional representations of Bacchus, frequently garlanded; the torso may be included; the genitals, almost invariably ithyphallic, should be present; the attributes of the god — pruning hook, fruit, flowers, libations — usually will be evident. Primaticcio's painting for the Pavilion de Pomona at Fontainebleau, which survives through an engraving by Master L. D., restores the god to the garden (fig. 2). Here we see groups of men and women, dressed all' antica, energetically working in the garden, watched by a couple in the left foreground, the whole presided over by the ithyphallic, bearded herm in the middle background. The presence of a child between the kneeling women suggests the harmony of humans with the productive cycles of nature.

Doubtless the most influential image of priapic worship was the famous woodcut in the Hypnerotomachia Poliphili (Venice, 1499).44 In it Priapus is anthropomorphized to an unusual degree (fig. 3). Not only is the torso represented, his arms are included; with the right he holds his pruning hook and in his left hand a bowl of wine. The grotesquely large genitals are attached to the herm at the anatomically correct level, appearing rather as if a living Priapus were standing behind a podium with the ithyphallus protruding through an opening. Overhead is a leafy bower; before the altar the garlanded ass of Silenus is sacrificed; the numerous celebrants of both sexes play musical instruments, brandish torches, and throw fruit, flowers, and wine bottles toward the herm.

The essential point of the herm image, in all its variations, is synecdoche: the part, not the whole. The god is reduced to the phallus, symbolizing fertility, abundance, sexual potency, or simply male power. As a symbol, no matter how earnestly the desired result is implored by the worshippers, Priapus remains unthreatening to humans. His role is the passive one, theirs the active. However lifelike the artist's anatomical skill, the herm never has legs. The priapic literature and art thus have the consequence of returning the myth to its earliest form: once again the god is the phallus and the phallus is the god. A concomitant effect of priapism is to displace the classical sense of proportion in the representation of the male body. Greek aesthetics valued discreetly small genitalia and a disproportionately large penis suggested monstrosity;45 the Renaissance, however, accepted phallic gigantism as a summum bonum.

42 See Roberto Weiss, The Renaissance Discovery of Classical Antiquity (Oxford, 1969); Francis Haskell, History and Its Images: Art and the Interpretation of the Past (New Haven, 1993); and Leonard Barkan, Unearthing the Past: Archaeology and Aesthetics in the Making of Renaissance Culture (New Haven, 1999).

44 The seminal role of the Hypnerotomachia woodcut is discussed by Fritz Saxl, 'Pagan Sacrifice in the Italian Renaissance,' Journal of the Warburg Institute 2 (1938-9): 359-63. The book's influence on artists in Aretino's ambit is noted by E. H. Gombrich, Symbolic Images: Studies in the Art of the Renaissance (London, 1972), 108. There is now a reliable English translation; see Francesco Colonna, Hypnerotomachia Poliphili: The Strife of Love in a Dream, trans. Joscelyn Godwin (London, 1999). 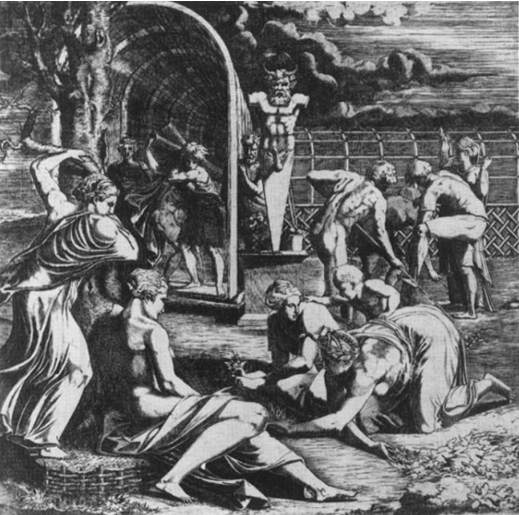 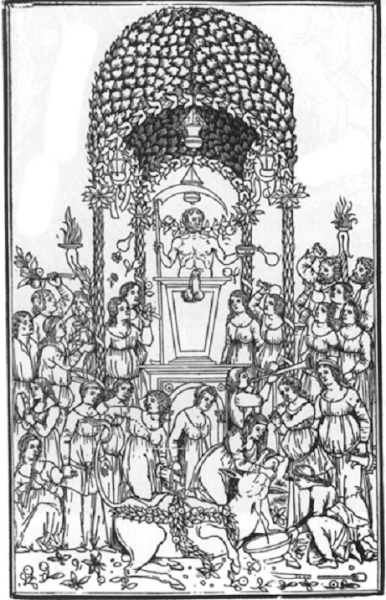