More on the Etymology of Anthropos

"I don't know where Durrell came across the etymology."

I mean to say that the word 'man' implies that other animals never examine, or consider, or look up at what they see, but that man not only sees (opope) but considers and looks up at that which he sees, and hence he alone of all animals is rightly anthropos, meaning anathron a opopen.

Here's another suggestion for the etymology, whether outlandish or not, from Gregory Nagy (Greek Mythology and Poetics, pp. 151-152, n. 30): 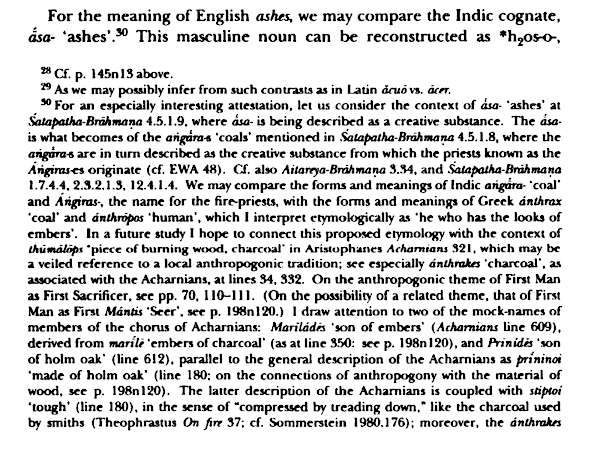 The Greeks called the human being ἄνθρωπος because he has been raised upright from the soil and looks upward in contemplation of his Creator (perhaps cf. ὦψ, "eye, face, countenance"). The poet Ovid describes this when he says (Met. 1.84):

While the rest of the stooping animals look at the ground, he gave the human an uplifted countenance, and ordered him to see the sky, and to raise his upturned face to the stars.

The parenthetical remark about ὦψ is an interpolation of the translators. Here is the original, from W.M. Lindsay's edition: