We study Greek literature and philosophy, and in this study we set ourselves very high standards of accuracy. But in order to understand Nu. we must make an imaginative effort to adopt an entirely different position, the position of someone to whom all philosophical and scientific speculation, all disinterested intellectual curiosity, is boring and silly. To such a person distinctions which are of fundamental importance to the intellectual appear insignificant, incomprehensible, and often imperceptible. Nothing is more striking, in all departments of human life, than the extreme subjectivity of differences. For everyone who understands and cares about the difference between Bach and Rachmaninov, the Labour Party and the Communist Party, Oxford and Cambridge, or England and Scotland, there is another to whom the difference is of no interest or consequence. This is nowhere more conspicuous than in popular attitudes to the intellectual. Until very recently—nowadays, the illustrator has to choose between library and laboratory as background—a 'professor' in popular literature was a man from whom one could expect a learned opinion on any subject from the history of Assyria to the anatomy of the newt. Ar., as a successful writer of comedies for a mass audience, did not have to make a great effort to look at the world from a popular standpoint; he must in essentials have adopted that standpoint by nature, for otherwise he would not have been a comic poet. To judge from the extant citations, the comic poets of the fifth century were unanimous in their adoption of what seems to their modern readers a reactionary and philistine persona, and in this respect they resemble modern music-hall comedians rather than modern writers of comedies. 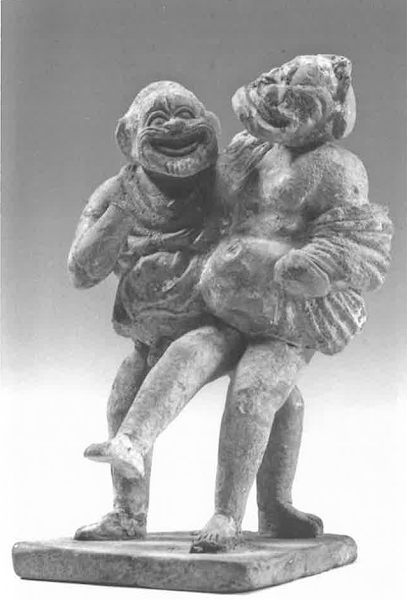