Most dictionaries of ancient Greek (at least all that I've consulted, including the new Cambridge Greek Lexicon, p. 1272) define σκιμαλίζω as give someone the finger, i.e. raise the middle finger with palm facing inward as an obscene sign of contempt.

But Max Nelson, "Insulting Middle-Finger Gestures among Ancient Greeks and Romans," Phoenix 71.1/2 (Spring/Summer, 2017) 66-88 (at 67-77), argues convincingly that the primary meaning of σκιμαλίζω is goose, i.e. insert a finger into someone else's anus.

Red-figure vase by the Berlin Painter, at Geneva, Musée d'Art et d'Histoire, inv. no. I 529: 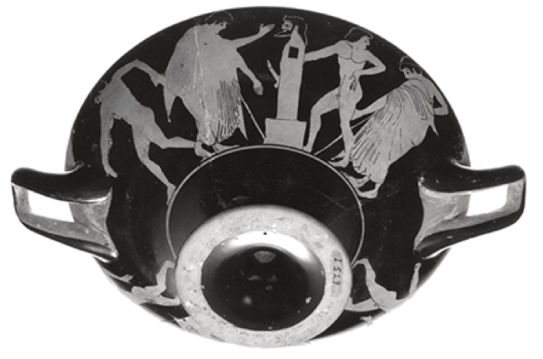 Note the two figures at the upper right.