An Inscription on a Greek Vase 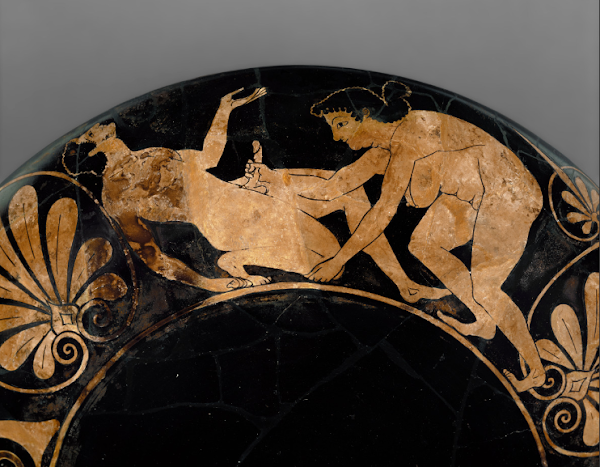 From the Getty Museum web site:

At the top, an inscription, E [...] A I E Λ O, perhaps uttered by the youth (whose lips are parted and who gestures with his right hand).

To me it looks like he's gesturing with his left hand.

On B Ε[.]ΑΙΕΛΟ The letters are not easily recognisable, as the color has flaked off.

In other words, if Threatte's reading is adopted, the youth is saying ἥδομαι (I'm enjoying myself).

This inscription isn't listed in Henry R. Immerwahr, Corpus of Attic Vase Inscriptions, where the vase is mentioned under number 4943.