The figure of anaphora, repetition of a sound, word, or phrase at the beginning of successive verses or other units is very common in Vedic. RV 8.70.11 combines a phonetic anaphora in a(nya-) 'other-' and a(va) 'off with a semantic one in a- 'un-', and concludes with the repetition of the same word at the end of pādas c and d, a sort of 'cataphora' known as punaḥpadam (chap. 4 n.8), which runs through 6 verses of the hymn. The strophe is bṛhatī, 8/8/12/8 syllables:

Him who follows another commandment, the non-man,
non-worshipping godless one,
may his (your?) friend the mountain shake down,
the mountain the barbarian, the easier to slay.

For the anaphora of privative compounds of similar semantics compare Il. 9.63-4:

Clanless, lawless, hearthless is he
that lusts for chilling war among his own people.

This figure can be securely posited for the poetic grammar of the protolanguage.

I don't have access to J.N. Adams, Asyndeton and its Interpretation in Latin Literature: History, Patterns, Textual Criticism (Cambridge University Press, 2021), but I extracted the following images from a digital copy on Google Books (pp. 99-102 in the hard copy book, I think): 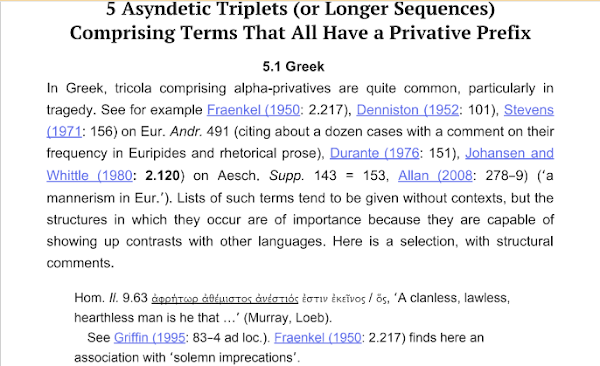 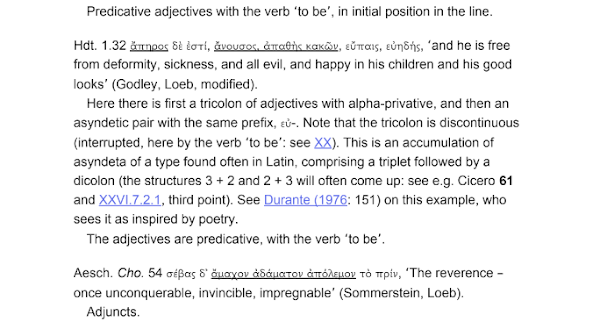 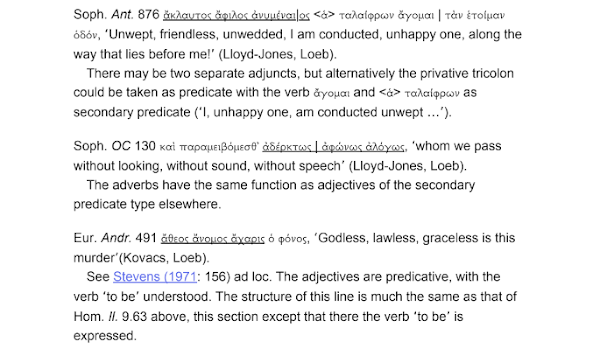 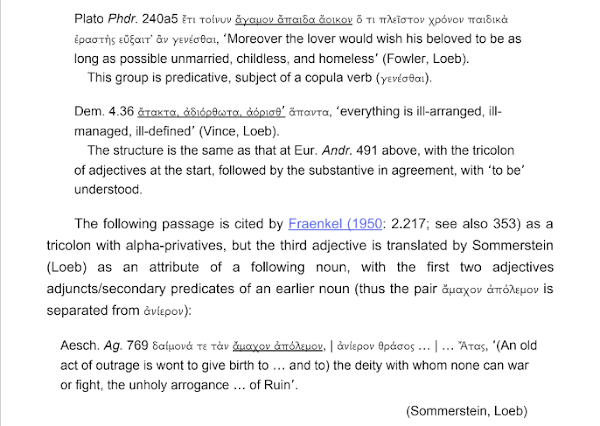 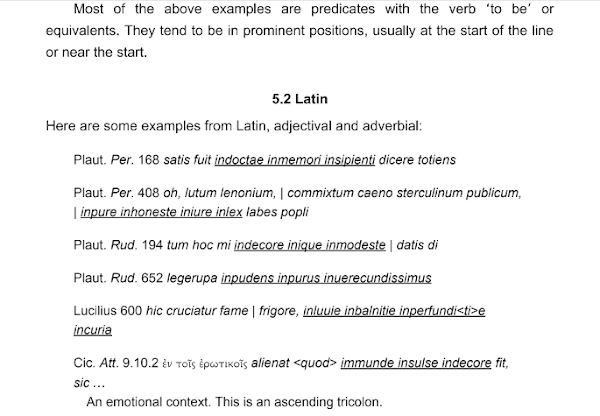 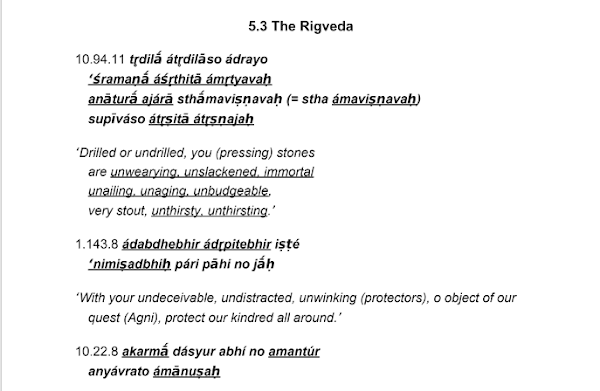 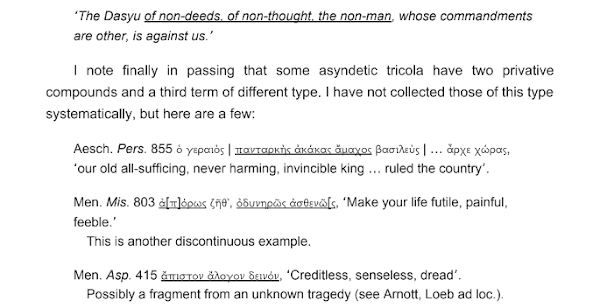