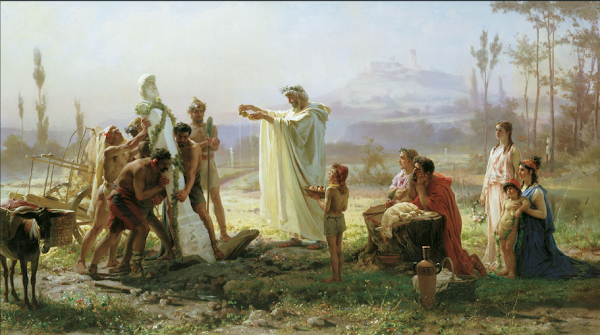 More than two thousand years have done their best to mutilate extant herms and to obliterate what would still today be scandalous in public; but anybody familiar with vase-paintings knows what a classical herm looks like: a rather dignified, usually bearded, head on a four-cornered pillar and, in due place, an unmistakable, realistically molded, erect phallus.