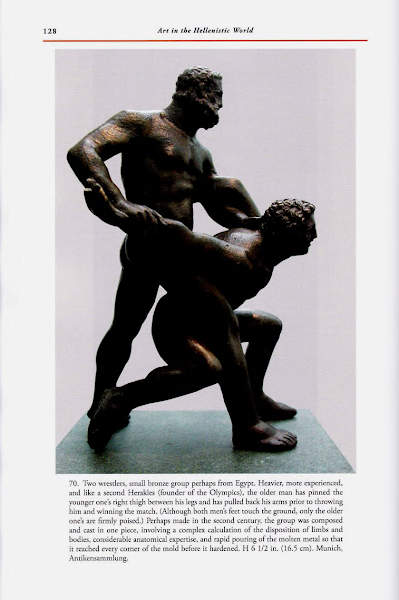 Transcription of the caption:

Two wrestlers, small bronze group perhaps from Egypt. Heavier, more experienced, and like a second Herakles (founder of the Olympics), the older man has pinned the younger one's right thigh between his legs and has pulled back his arms prior to throwing him and winning the match. (Although both men's feet touch the ground, only the older one's arc firmly poised.) Perhaps made in the second century, the group was composed and cast in one piece, involving a complex calculation of the disposition of limbs and bodies, considerable anatomical expertise, and rapid pouring of the molten metal so that it reached every corner of the mold before it hardened. H 6 1/2 in. (16.5 cm). Munich, Antikensammlung.

The inventory number is SL18. 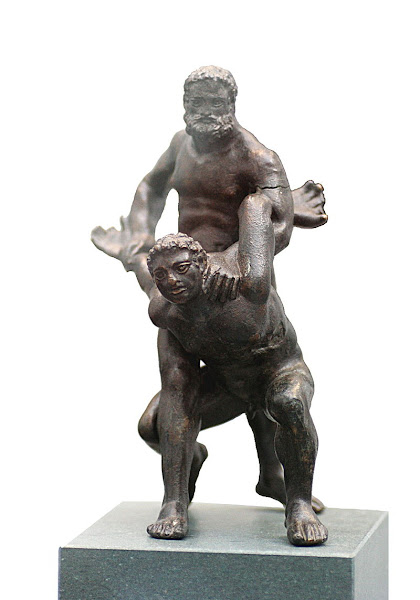