It is widely known in scholarly circles that Shack dedicated volume one of the Letters to Atticus (1965) to Donum ("to the Gift of gifts, the whitest cat," Dono donorum aeluro candidissimo). What is perhaps less well known but deserves to be pointed out is that "Max," to whom Shack dedicated his Onomasticon to Cicero's Letters (1995) was a brown tabby, originally Kristine's cat, whose passing Shack greatly mourned. 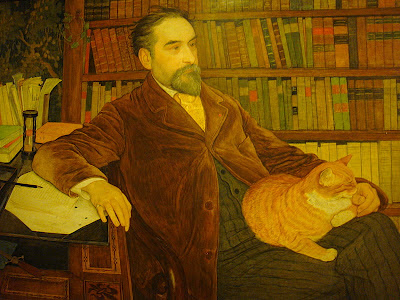