But what most oppressed them was that they had two wars at once, and had thus reached a pitch of frenzy which no one would have believed possible if he had heard of it before it had come to pass.

But what put most pressure on the Athenians was that they were conducting two wars at the same time, and they brought to them a competitive spirit1 that had to be seen to be believed.

1 Philonikia, literally 'love of victory': a further explanation of the Athenians' motivation in Sicily, this time an authorial one in terms of the Athenian character (see VI 47n). 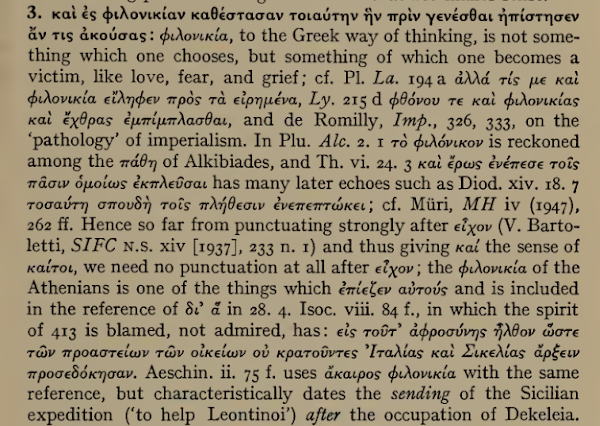